On June 1st, the Oceana Ranger initiated its 2008 Expedition in Vigo, after sailing in the waters of Portugal,Gulf of Cádiz and the Alboran Sea. 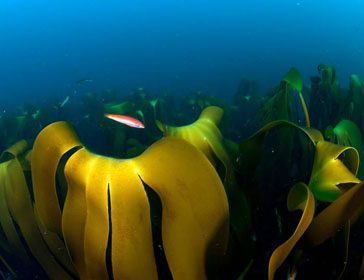 On June 1st, the Oceana Ranger initiated its 2008 Expedition in Vigo,  after sailing in the waters of Portugal, Gulf of Cádiz and the Alboran Sea. The itinerary took the team of scientific and submarine photographers on board to investigate the Galician seabeds in front of Isla de Ons, Costa da Morte, Islas Sisargas and Ría de Ribadeo. They also visited Asturian waters in front of Cabo de Peñas, Cudillero or Ribadesella, Bay of Biscay waters.

With the support of Fundación Biodiversidad, Oceana started this campaign   with the aim to increase the knowledge on Spanish seabeds and promoting the creation of new protected areas.

Day off in Zumaia

In front of the Playa de la Concha, San Sebastián

The mouth of the Oriñón estuary

Eastern coast of Cantabria, Buitrera coast and the whale of Sonabia point

The Seamounts of Cantabria: La Maruca and El Castro

Still in the Avilés Canyon

White coral in the Avilés Canyon

From Galicia to Asturias

The importance of Cedeira

We are still in the Sisargas Islands

The laminaria forest, the dolphin and the veretillum.

Sea horses and maërl on the sea floors

The National Park of the Atlantic Islands

At last, the first images of Galician sea floors

A day in life

Coordinator of the Expedition