The Importance of Sharks

The Importance of Sharks 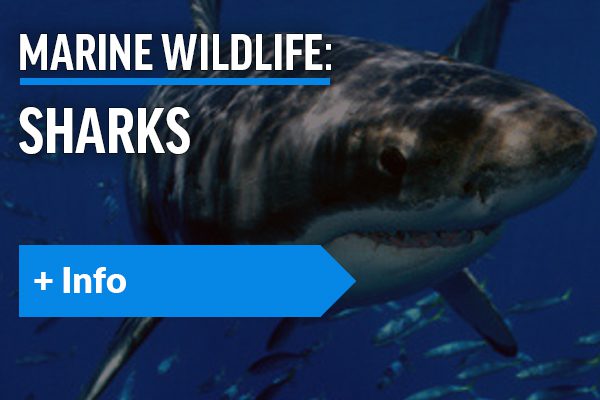 As apex predators, sharks play an important role in the ecosystem by maintaining the species below them in the food chain and serving as an indicator for ocean health. They help remove the weak and the sick as well as keeping the balance with competitors helping to ensure species diversity.

As predators, they shift their prey’s spatial habitat, which alters the feeding strategy and diets of other species. Through the spatial controls and abundance, sharks indirectly maintain the seagrass  and corals reef habitats. The loss of sharks has led to the decline in coral reefs, seagrass beds and the loss of commercial fisheries.

By taking sharks out of the coral reef ecosystem, the larger predatory fish, such as groupers, increase in abundance and feed on the herbivores. With less herbivores, macroalgae expands and coral can no longer compete, shifting the ecosystem to one of algae dominance, affecting the survival of the reef system. Oceana released a report in July 2008, “Predators as Prey: Why Healthy Oceans Need Sharks”, illustrating our need to protect sharks.

Sharks’ control over species below them in the food chain indirectly affects the economy. A study in North Carolina showed that the loss of the great sharks increased the ray  populations below them. As a result, the hungry rays ate all the bay scallops, forcing the fishery to close. Without scallops to eat, the rays have moved on to other bivalves.

The decline of the quahog, a key ingredient in clam chowder, is forcing many restaurants to remove this American classic from their menus. The disappearance of scallops and clams demonstrates that the elimination of sharks can cause harm to the economy in addition to ecosystems.

Sharks are also influencing the economy through ecotourism. In the Bahamas, a single live reef shark  is worth $250,000 as a result of dive tourism versus a one time value of $50 when caught by a fisherman. One whale shark in Belize can bring in $2 million over its lifetime.