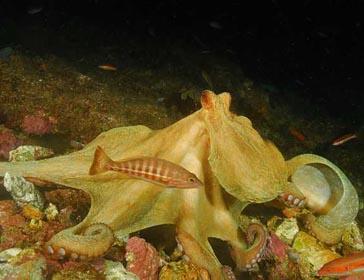 An EU-wide stakeholder consultation process on the implementation of the MSFD is being organized by the European Commission, and Oceana is an active member of this process. We currently follow several working groups, including on the definition of Good Environmental Status (GES) and on Economic and Social Assessment (ESA).

At the regional scale, Oceana being an observer to the OSPAR Commission, also takes part in the coordination process of this international forum. In September 2010, OSPAR Contracting Parties that are EU Member States agreed that OSPAR should be the platform through which they coordinate their work to implement the MSFD (MSFD Roadmap).

Through working groups, OSPAR uses its good cooperation structures to facilitate the coordinated implementation of the MSFD, thereby ensuring (i) that assessment methodologies are consistent across the North-East Atlantic; (ii) that environmental targets are mutually compatible; (iii) that monitoring methods are consistent so as to facilitate comparability of monitoring results, and in doing so (iv) that relevant transboundary impacts and transboundary features are taken into account.

In each working group, Oceana follows activities and developments from EU Member States and urges them to ensure a fast but complete implementation of their national strategy. A key challenge in the implementation of the MSFD lies in the marine scientific knowledge gap that exists, and for the need to increase the science to adequately achieve the Directive’s goal, bearing in mind a strict respect of the precautionary approach.

Throughout the process towards achieving GES, Oceana will make sure legal milestones are not ignored and obligations are respected, and will constantly advocate for ambitious environmental targets and measures, in order to reverse the present declining trend and ensure restoration of marine waters in Europe.

Finally it is to be noted that as a cross-cutting policy, the MSFD has linkages with several others facets of Oceana’s policy work in Europe, including the Responsible Fishing Campaign, as the CFP reform shall integrate the MSFD objectives, but also the Habitats protection, and Marine pollution campaigns.