Learn more: The Case of Italy 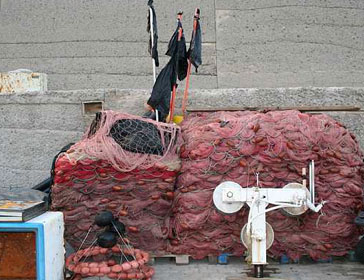 Italy is one of the most notorious cases. The Italian driftnet fleet has undergone various conversion plans that began over 10 years ago and were financed with public funds. However, Oceana located more than 137 vessels with illegal drift nets on board and has documented the fleet using these nets.

Italian legislation allows the use of nets called ferrettara, drift nets with the following characteristics:

Although they are legal in Italy, the conditions regulating the use of these nets constitutes a legal loophole for the use of illegal drift nets and the consequent catching of prohibited species. Oceana rejects the use of these nets because they are, in effect, driftnets and have the same impact. As such, Oceana asks the Italian government to repeal the decree authorising these nets and to regulate the use of ferrettara so it corresponds to the target species.

According to Oceana’s information, ferrettara are used as a cover for the possession of nets on board to continue secretly using illegal driftnets with length and mesh size that exceed those established by regulation.

Results of the 2007 campaign