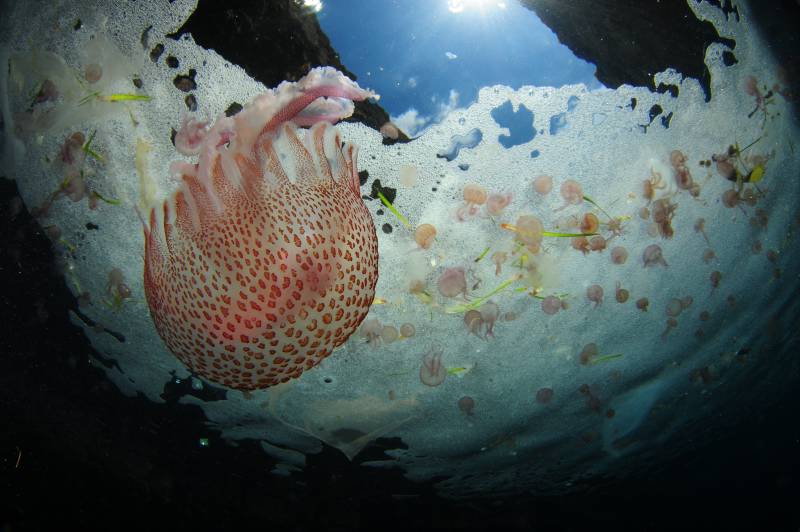 Yesterday, we attended Invasion of the Jellyfish, an interesting meeting hosted by the European Parliament’s Seas and Coastal Areas Intergroup. It sounds like the name of a low-budget 80s horror movie, but it’s unfortunately the growing reality in coastal waters around the world.

Here’s a quick download on what you need to know about the “Rise of Slime” – as Dr. Tom Doyle, one of the guest speakers called it:

Overfishing: This is probably the biggest contributing factor. Long story short, we are removing all the jellyfish predators from the seas, allowing jellyfish to propagate without restraint,

Ocean Acidification: Jellyfish thrive in waters with higher rates of acidity, one of the unfortunate side effects of climate change.

Other causes include runoff that is rich in nitrates from fertilizer or other chemicals.

What does it mean?

Remember this summer’s beach closures in Spain, after hundreds of beachgoers reported jellyfish stings? That is just the beginning of the socio-economic impacts of jellyfish population growth. In addition to clogging and destroying fishing gear, jellyfish also eat fish eggs and compete with local fish for the same food.

For a few more interesting reads on this problem, click here and here.

Happy Holidays from Oceana in Europe!