How to double catches in the Atlantic

The new limits for 2017 come despite a new, in-depth study led by renowned fisheries expert Dr. Rainer Froese, which revealed that if these stocks were exploited sustainably, there would be more fish in the ocean and a potential catch increase of 29%, from the current 4.83 million tonnes to 6.23 million, within the next 5 years.

Below are some examples of potential catch increases if limits were set according to scientific advice and not to short-term economic interests. 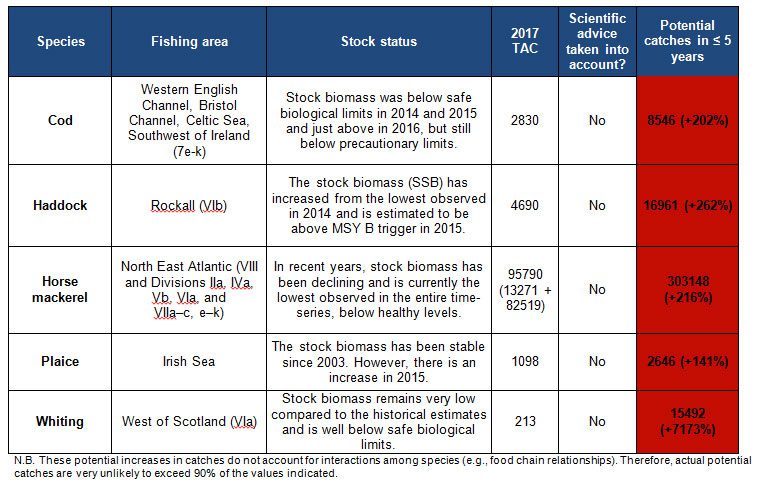 Happy Holidays from Oceana in Europe!