Eelpout (Zoarces Viviparus) is one of the most common species in the Baltic Sea. It is also found in the coastal areas of North East Atlantic. Not much of looker, few people are aware how interesting a fish the eelpout actually is. Danish research has brought forward the extraordinary fact, that the eelpout suckle its offspring just like mammals. The eelpout belong to those around 750 fish species that give birth instead of laying eggs. After a pregnancy period of about 5-6 months the eelpout gives birth to up to 400 young, which is a remarkable number for such a small fish. 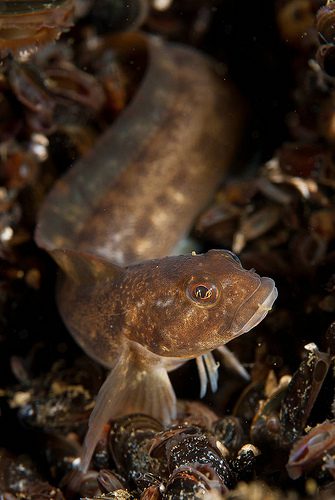 So far it has puzzled scientists how the young are fed during this relatively long period of pregnancy. Other fish that give birth to live young only have a gestation period of about six weeks and their embryos feed on the egg yolk in their mother’s body. As egg yolk cannot sustain embryos much longer the mystery on how the European eelpout feeds its young has been intensively research for the past half century.

However, in 2010 a team of Danish researchers found out, that the young suckle from ovarian follicles. By attaching their mouth to the follicle the young get nutrition as well as oxygen throughout the pregnancy. When the young is born it is perfectly capable of taking care of itself.

One disadvantage is though, that the young are more exposed to toxic compounds in the water that is stored in the body of the mother and passed on directly through the follicles.

The eelpout is not commercially fished in the Baltic Sea but in other places in westersn Europe it is. Unfortunately often ends up as bycatch.