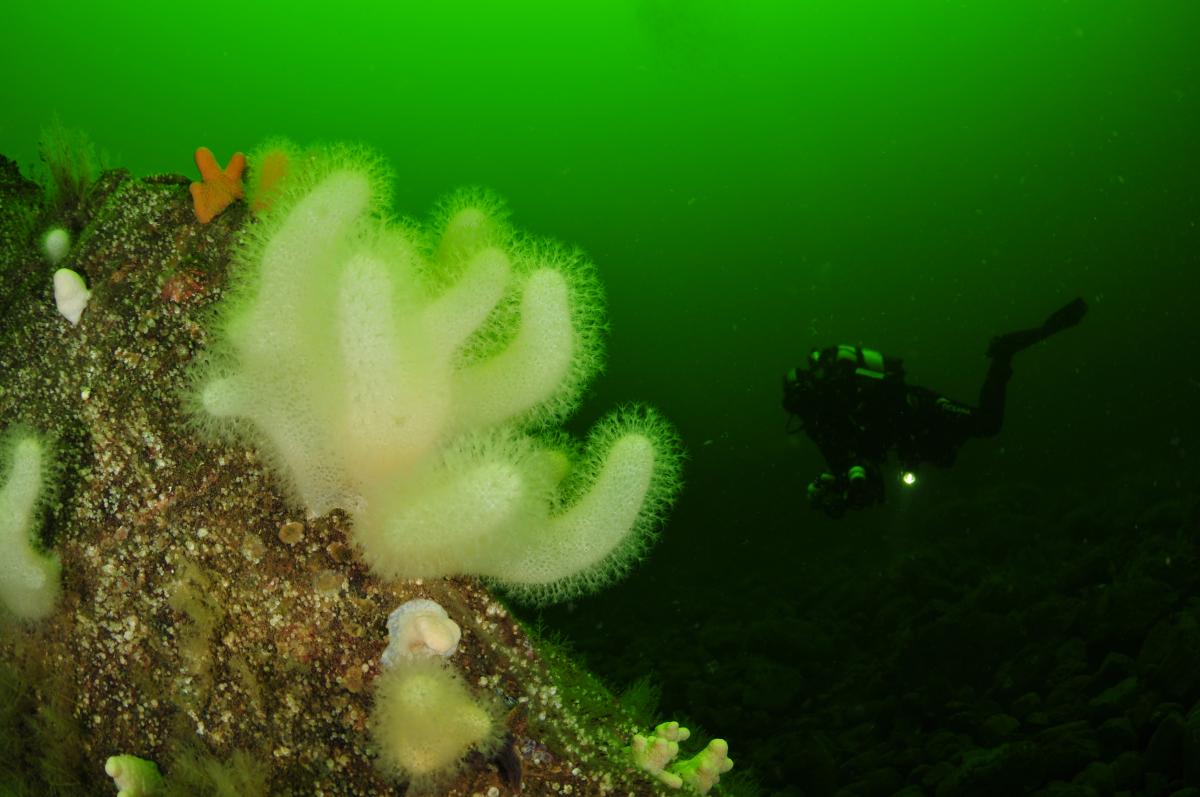 If you still dont know how to dress up for this weekend’s Halloween-party, how about this soft coral. Dead men’s fingers  (Alcyonium digitaturn) may have scared at least a diver or two. The conspicuous name reveals that the animal looks a bit like the swollen hand of a dead person. Dead men’s fingers is a soft coral  found in  coastal areas in the northern Atlantic, and  is common in most areas of the Baltic Sea.  The picture is from Kattegat, and was taken during Oceana’s expedition in the Baltic Sea in the spring 2011.

Dead men’s fingers live in orange, yellow or white- colored colonies. Every “finger” is an individual colony consisting of tiny animals that have formed a mutual skeleton. The fingers can be up to 20 centimeters tall.  The animal lives off tiny particles in the water, and uses its tentacles to filter the water and collect food. For this reason, dead men’s fingers are dependent on conditions with high water flows.

Some colonies consist of males and some of females. In other colonies, males and females live side by side. A few colonies are hermaphrodites – both male and female. The fertilized egg develops into larvae which sinks to the bottom where it can search for a surface to settle on. When the larva has found a site, it changes into a polyp. As more polyps gather, they eventually form a “finger” of the dead men’s hand.