The oceans are vast, but they are not immune to human influence. We have already altered or destroyed many marine ecosystems and driven million-year-old species to the brink of extinction. According to a study published in Science, less than 4 percent of the oceans remain unaffected by human activity. 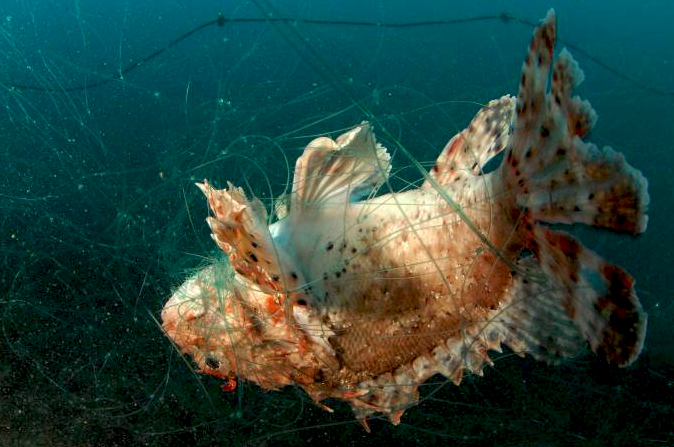 We are taking too many fish out of the water.

In the last few decades, commercial fishing has evolved into a high-tech, heavily subsidized industry that uses cutting-edge electronics, computer systems, huge amounts of fuel and miles of gear to find and catch more fish in remote places formerly out of bounds to fishermen.

The U.N. Food and Agriculture Organization (FAO) says that at 85 percent of world fisheries are fully exploited, overexploited or depleted.

We are putting too many pollutants in the water.

Mercury  is a toxic pollutant emitted by land-based industrial plants. This mercury finds its way back into our food chain via our seafood with potentially serious consequences. According to the U.S. Environmental Protection Agency (EPA), one in ten American women has enough mercury in her blood to pose a risk of neurological damage to her developing baby.

Meanwhile, offshore fish farming, rather than taking the pressure off wild seafood species, results in increased overfishing to feed the farmed fish as well as the despoiling of seafloor habitat. Concentrated fish waste dropped from the open-water pens blankets the ocean bottom, snuffing out oxygen and life.

Last and perhaps most alarming, carbon dioxide is making our  oceans warmer and more  acidic . As a result,  corals and other creatures at the base of the ocean food chains have trouble forming shells. Without a drastic reduction in carbon dioxide emissions, many of the world’s coral reefs will disappear and entire ocean ecosystems may collapse.

We are squandering the oceans’ resources.

Destructive fishing practices that include driftnets, longlines and  bottom trawls  are ruining ocean ecosystems by indiscriminately killing fish and other wildlife, including seabirds and marine mammals. Each year, more than 16 billion pounds of  bycatch are thrown overboard thanks to wasteful fishing techniques.

Bottom trawls drag heavily weighted nets along the ocean floor in search of fish or crustaceans in a practice akin to clearcutting a forest in order to catch a rabbit. Centuries-old habitats such as coral gardens are destroyed in an instant by bottom trawls, pulverized into barren plains. Endangered sea turtles drown on longline hooks while sharks have their fins sliced from their bodies, which are then tossed overboard.