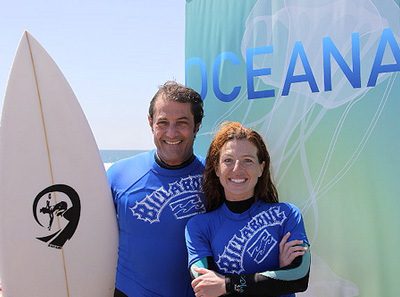 Project S.O.S. began with an all-day surfing event for the community and ended with an evening gala hosted by actor Noah Wyle that was held at Shutters on the Beach. The event raised over $40,000 for Oceana.