Oceana applauds move by Defra to protect 40% of English waters

The UK government has announced today that it will create 41 new Marine Conservation Zones (MCZs), taking the new total of MCZs in the UK to 91 Zones, which together cover 32,000 km² (over 12.300 square miles). The move to designate more sites in British waters is welcomed by marine conservation organisation Oceana, and comes one week ahead of World Oceans Day. 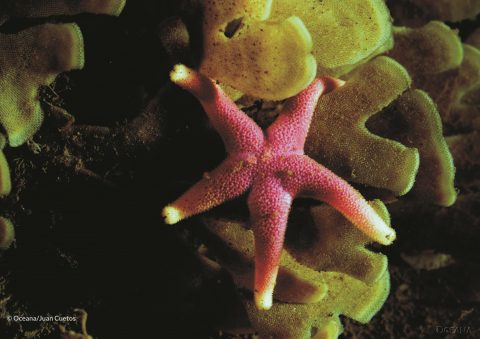 Oceana released the following statement in the response to the news:

“Just a few days before World Oceans Day, we congratulate Defra and the UK government on this fantastic news for UK seas and marine life. British people should be proud of the rich wildlife living in their waters and support moves to protect them,” said Pascale Moehrle, executive director for Oceana in Europe.

“Naming 41 more Marine Conservation Zones now takes the UK to the top of the leaderboard in terms of marine protection in Europe, with 40% protection. We hope that all 91 Zones will be properly managed, and no bottom-trawl fishing allowed, which harms habitats and marine life,” added Moehrle.

Oceana has taken an active role in the process behind the designation of the new Marine Conservation Zones, by providing scientific data from an expedition in UK waters to Defra’s public consultation process.

The marine conservation organisation carried out a North Sea expedition that surveyed waters in 5 countries – including the UK – to gather data to strengthen the current network of marine protected areas. This research project was generously funded by the Dutch Postcode Lottery.