Earlier this month, Oceana formally submitted a proposal to the General Fisheries Commission for the Mediterranean Sea to permanently close key nursery areas in the Strait of Sicily to bottom trawling. According to the international marine conversation organisation, this measure will contribute to the restoration of  unmanaged and overexploited fisheries in the Mediterranean Sea, where 92% of demersal fish stocks are overexploited.

“Protecting nurseries and spawning grounds is the first and most immediate step that needs to be taken in order to safeguard tomorrow’s fish. Only one out of ten stocks in the Mediterranean are fished sustainably”, said Lasse Gustavsson, Executive Director for Oceana in Europe. “We call upon Mediterranean States to take a strong stance in order to ensure the long-term viability of fisheries resources in the basin. Closing these areas to fisheries is strongly supported by science, and there is no excuse for failing to act, particularly when local communities depend so strongly on these fisheries.”

The Strait of Sicily is an area in the Mediterranean Sea that is shared by Italy, Malta, and Tunisia, and has been trawled intensively for decades for its valuable deep-water rose shrimp and hake. In recent years, science has identified key areas where juveniles aggregate, which are important for the survival of the stocks. As an emergency measure, Oceana calls for the immediate closure of these areas to fishing, while the countries in question establish a proper management plan to rebuild the stocks.

Oceana will be participating next week in a stakeholder meeting organised by the FAO project MedSudMed to advocate for a shared multi-annual management plan for the Strait of Sicily, and in  the GFCM Scientific Advisory Committee in Rome from March 24-27, where it will  advocate for the protection of the hake and deep-water rose shrimp nurseries. 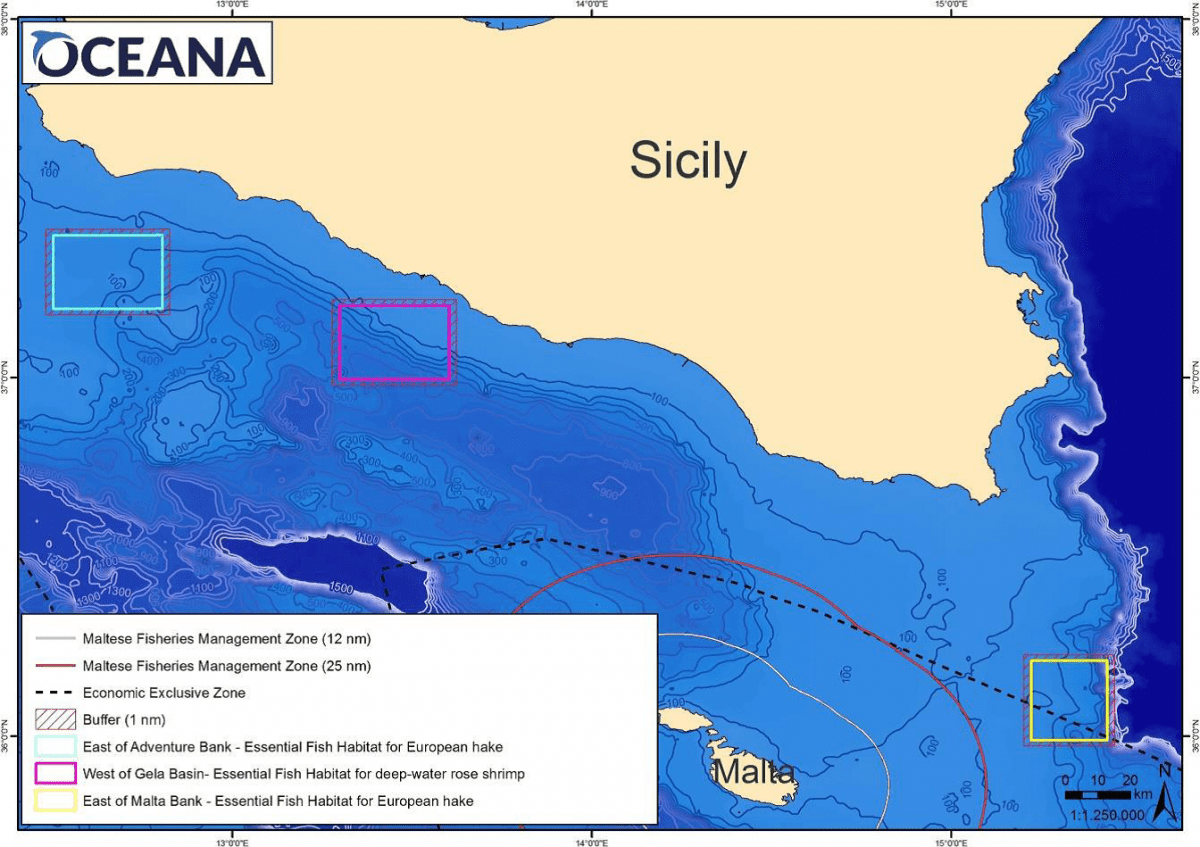