Today Oceana published new proposals for the protection of twelve areas in the Baltic Sea and Kattegat.

All proposed areas include vulnerable, threatened or declining species or communities which  need immediate protection.

Oceana is proposing new marine protected areas (MPAs) in order to enhance the status of the Baltic Sea, and improve the condition of its badly disturbed ecosystems. The twelve areas proposed are located in the waters of Denmark, Finland, Sweden, and Poland, and some of them are shared between two countries. If the initiative is approved, one-fifth of the Baltic Sea would become protected, a huge step for the preservation of this sea.

The selection of areas was based on Oceana’s own research into the marine species and communities, as well as on existing literature. All of the sites include vulnerable, threatened or declining species or communities, which deserve immediate protection from human pressures that threaten their existence. The status of the Baltic Sea is poor due to human activities, such as unsustainable fisheries, eutrophication, and the release of hazardous substances.

“Through our two at-sea expeditions in the Baltic Sea and Kattegat, we have documented species and communities that are at risk, but which are not protected by the EU Habitat Directives. Their existence was not even known to some of the national governments concerned,” says Hanna Paulomäki, Oceana’s Baltic Sea Project Manager. “These ecologically important sites deserve immediate protection, and we urge the governments to act without delay, before irreversible damages occur”.

The proposals cover both coastal and offshore areas, and will increase the total coverage of marine protected areas in the Baltic Sea from 12% at present, to about 20%. This increase is an essential step towards creating an ecologically coherent network of MPAs, as was already agreed by HELCOM in 2003. In addition to proposing new areas, Oceana is also calling for better management of the existing MPAs, in order to improve the condition of the entire sea.

“The area covered by the current MPA network is still far less than the HELCOM target. Declaring new marine protected areas now is even timelier, because in October this year, the Baltic Sea countries will be evaluating their progress towards saving the Baltic,” concludes Paulomäki. 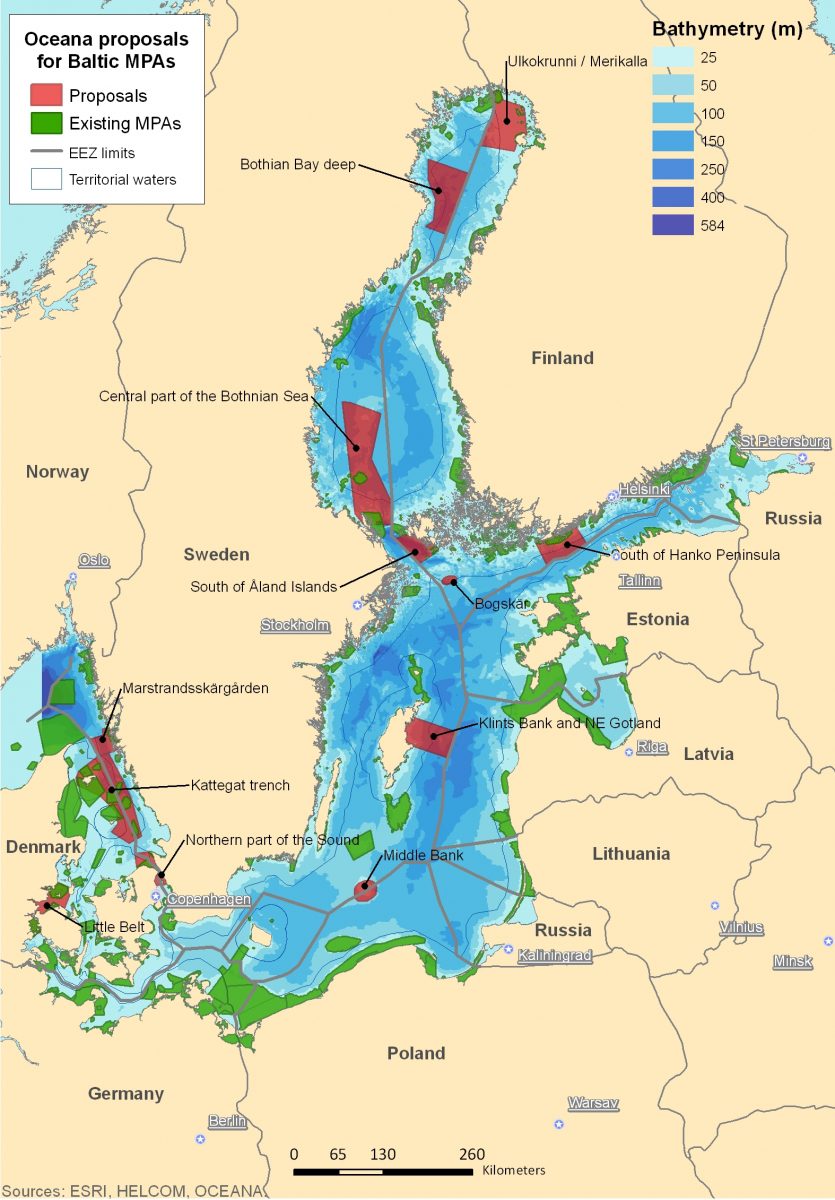