To mark the 30th anniversary in April of the designation of Cabrera national park in the Balearic islands, Oceana is presenting a proposal for better fisheries management of the enlarged area of the park to be considered in the new management plan which will be developed by the park authorities.

Our proposal, which includes fisheries management guidelines and zoning recommendations, seeks to avoid the impact of fishing gears over sensitive seafloor habitats and vulnerable species. To this end, it aims to create a strict protection zone encompassing key deep-sea ecosystems not taken into account to now in the national park’s network. This zone, at the core of the park, will allow previously trawled areas to recover, such as the coralligenous reef, Fort d’en Moreu, and the deeper bottoms of the Emile Baudot escarpment, which in turn shelter other ecosystem-forming habitats and valuable species like cold-water corals and giant oysters.

Pilar Marin, senior marine scientist at Oceana in Europe said: “The current management plan, in place since 2006, is an outdated tool which expired in 2012. It is therefore not compatible with the main objectives behind the park’s enlargement which were to conserve and regenerate new key habitats and species in the area.”

She continued: “A well-represented group of partners from the park’s board, the national and Balearic governments, the scientific community, NGOs, as well as fishers, have made valuable contributions to our proposal in a recent workshop we organized. We hope the park’s competent authorities will take note of our common proposal and speed up the process of updating the management plan.”

Oceana proposes as well a buffer zone between the most strictly protected zones and the surrounding ones to better protect the most fragile and biodiverse areas from the impact of fishing, allowing reefs to grow and rhodolith bottoms to regenerate after trawling so making them more productive in the long-term. We would also like to see the deployment of new technologies that improve the monitoring of catches and fish stocks as a means of verifying the protection we propose.

Cabrera national park is one of the biggest marine protected areas in Europe and in the Mediterranean and an area of high ecological value. Designated in 1991, it was expanded 10-fold in 2019. 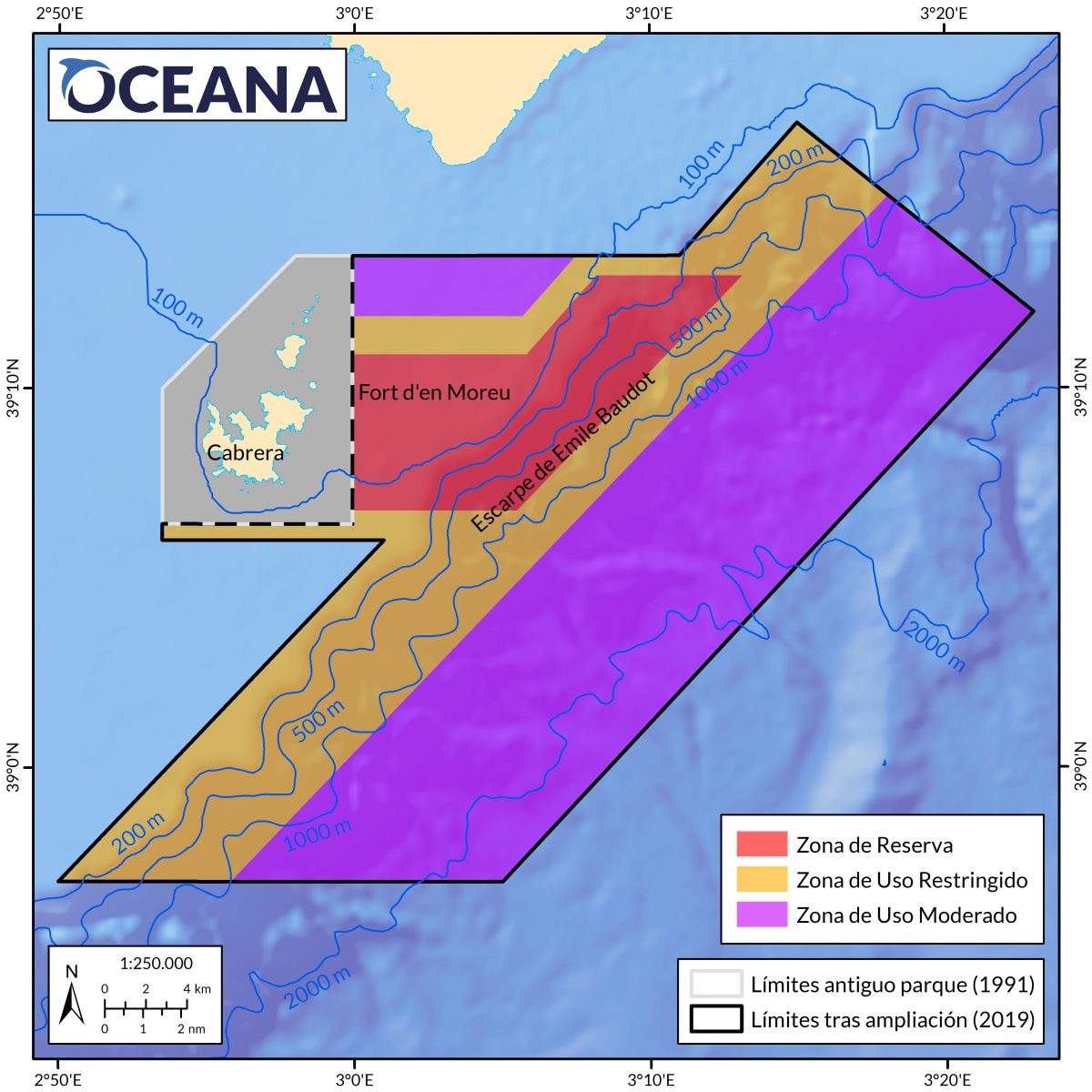