Oceana has detected two bottom trawlers apparently fishing illegally for 126 hours in one of the three areas of the Strait of Sicily where bottom trawling is forbidden. The new study released by the organisation and based on data from Global Fishing Watch also highlights that these activities have been continuous over the past few years, revealing the inaction from Italy, the European Union (EU) and the General Fisheries Commission for the Mediterranean (GFCM) on the matter. Such examples show the importance of reinforcing controls, increasing transparency, and deterrent sanctioning by GFCM Members.

“Political leaders cannot continue to turn a blind eye on illegal fishing. The Strait of Sicily is only one of many areas where secrecy in the fisheries sector affects the marine environment, hinders the activity of fishers that comply with the rules, and benefits those that ignore them. Increasing transparency and publishing information on who fishes what, where and when is essential to deliver sustainable fisheries in the Mediterranean.” says Helena Álvarez, Marine Scientist at Oceana in Europe.

The report data also sheds light on the fact that vessels with licenses to fish with multiple gears, including bottom trawls, could have been using gear types that are prohibited for use in the analysed areas. 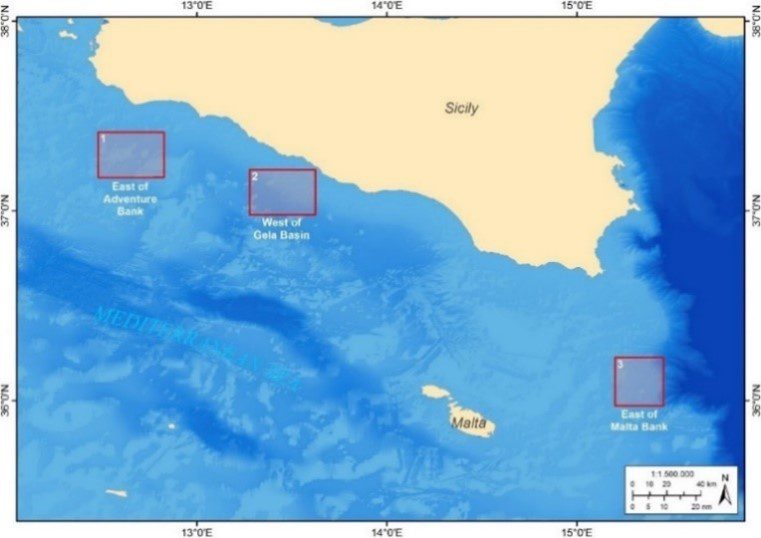 The map shows the three areas in the Strait of Sicily where bottom trawling is forbidden. They correspond to the East of Adventure Bank, the West of Gela Basin and the East of Malta Bank.

To increase transparency in the fishing sector Oceana proposes that the GFCM:

Read the factsheet with our recommendations