As the Contracting Parties of the Barcelona Convention are due to meet in Tirana, Oceana calls on the Mediterranean countries to approve a proposal to protect four threatened deep-sea corals. Despite not being of any commercial interest, these corals are vulnerable to the impact of human activity, in particular destructive fishing practices. Particularly noteworthy among these is the bamboo coral, which is found at depths of up to 4,000 metres and is in critical danger.

“Deep-sea corals are not well known, but their fragility and need for protection is beyond question. If countries do not support basic measures to ensure their conservation, they will be compromising their survival and that of the many other species that depend on the corals, some of which are indeed of commercial interest,” explains Lasse Gustavsson, executive director of Oceana in Europe.

The deep-sea coral reefs are in decline and the Mediterranean is home to some of the deepest in European waters, with species reaching depths of several thousand metres. Their conservation depends on a United Nations agreement known as the Barcelona Convention. In 2013, Spain began promoting the inclusion of new species of deep-sea coral in the convention’s annexes and almost four years later the official proposal was presented.

The 22 contracting parties to the Convention will meet starting on Sunday, and if the decision is approved, the necessary management measures will need to be taken soon, to prevent further adverse effects on the corals and their habitats. At the meeting, a decision is also due to be made on the protection of a corridor for cetaceans off the eastern coast of Spain. 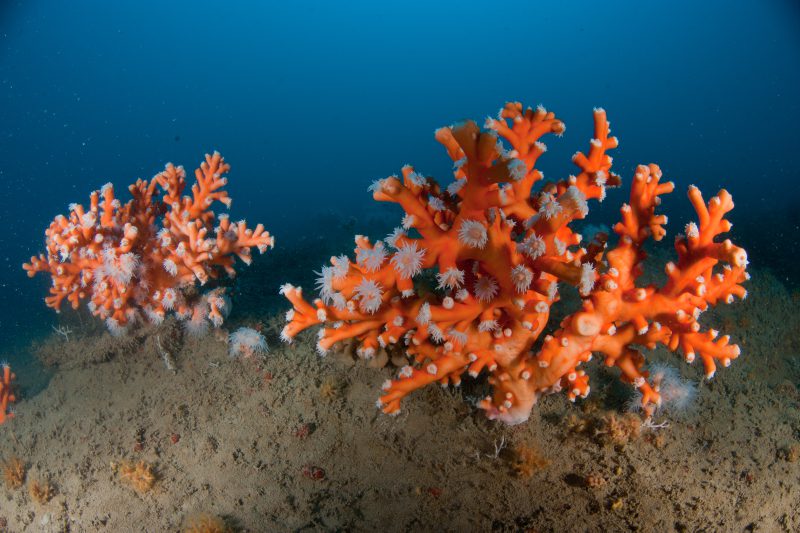