Oceana applauds the closure to bottom fish trawling of three nursery areas for hake and deep-sea rose shrimp in the Strait of Sicily and a temporal closure in the Gulf of Gabes. This decision, following a proposal tabled by Oceana, was sealed today in St. Julian (Malta) during the 40th meeting of the General Fisheries Committee for the Mediterranean (GFCM), the FAO branch organisation in charge of ensuring the sustainable management of fisheries in the Mediterranean and Black Sea.

By protecting this 1,493 km2 between Italy, Malta and Tunisia, a key step has been made towards rebuilding the stock of hake – the most overfished species in the Mediterranean – and preserving the home to over 60% of the deep-sea rose shrimps caught in this sea. 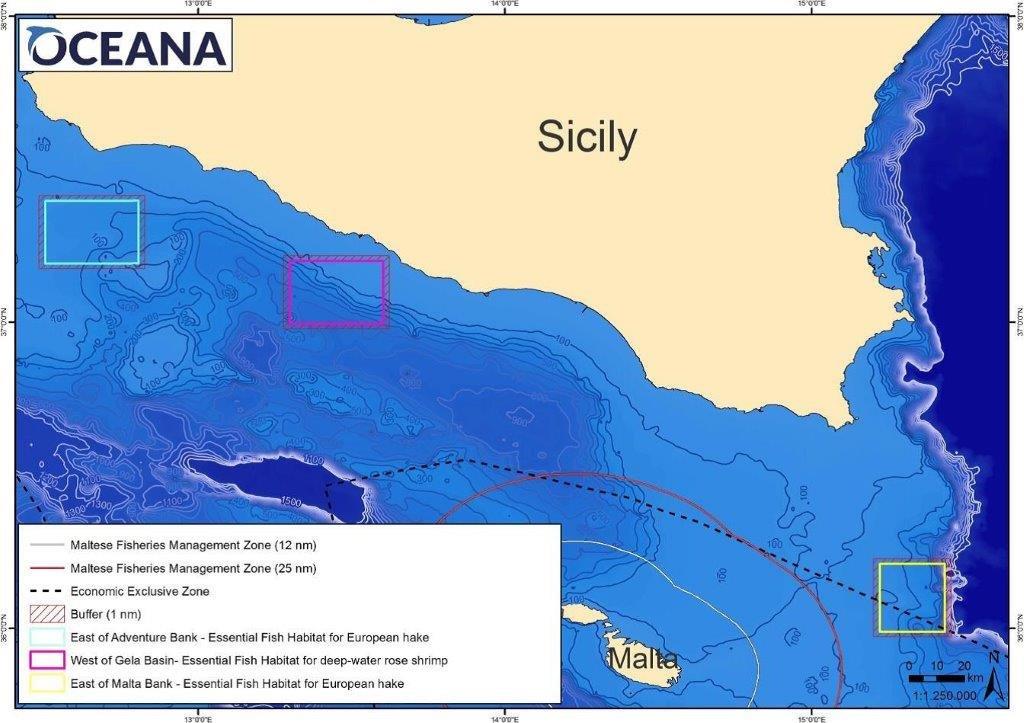 “A comprehensive regional management plan which includes the preservation of spawning and nursery areas is the most straightforward way to ensure the sustainability of a fish population and the fishery it supports. The closure to unselective fishery of an area in the Strait of Sicily as big as Mexico City will have a positive impact in the recovery of key stocks in the Mediterranean”, said Lasse Gustavsson, Executive Director of Oceana in Europe. “We are happy that Mediterranean States have taken this steps to set up a subregional plan and recover shared overfished stocks. This is a true milestone in fisheries management in the Mediterranen Sea. We hope this is a first step towards a long-term success story in the region”, added Gustavsson.

The proposal to close three nursery areas of hake in the northern sector of the Strait of Sicily was originally tabled by Oceana in 2015 on the basis of the most up-to-date science. This proposal has now been validated by GFCM scientists as the most appropriate measure to halt overexploitation of commercial stocks and their juvenile components and it has also gained the support of the fishing sector operating in the Strait of Sicily.

The GFCM has also taken an unprecedented step towards protection of deep-sea habitats such as coral reefs and sponge gardens in the Mediterranean. Countries represented at the GFCM have committed to develop new management measures for these vulnerable marine ecosystems (VMEs) by 2018 at the latest. The first action to this end will be to define a list of Mediterranean VME species, habitats, and related geological features (such as seamounts and canyons) as soon as possible, to be approved by the GFCM Scientific Advisory Committee in spring 2017.

Photos: Most overfished species in the Mediterranean