Responding to the release of an alarming new report by international fisheries scientists that Eastern Baltic Cod is at a critically low level, NGOs are calling on the fisheries ministers of all EU Baltic member states to immediately close the fishery. 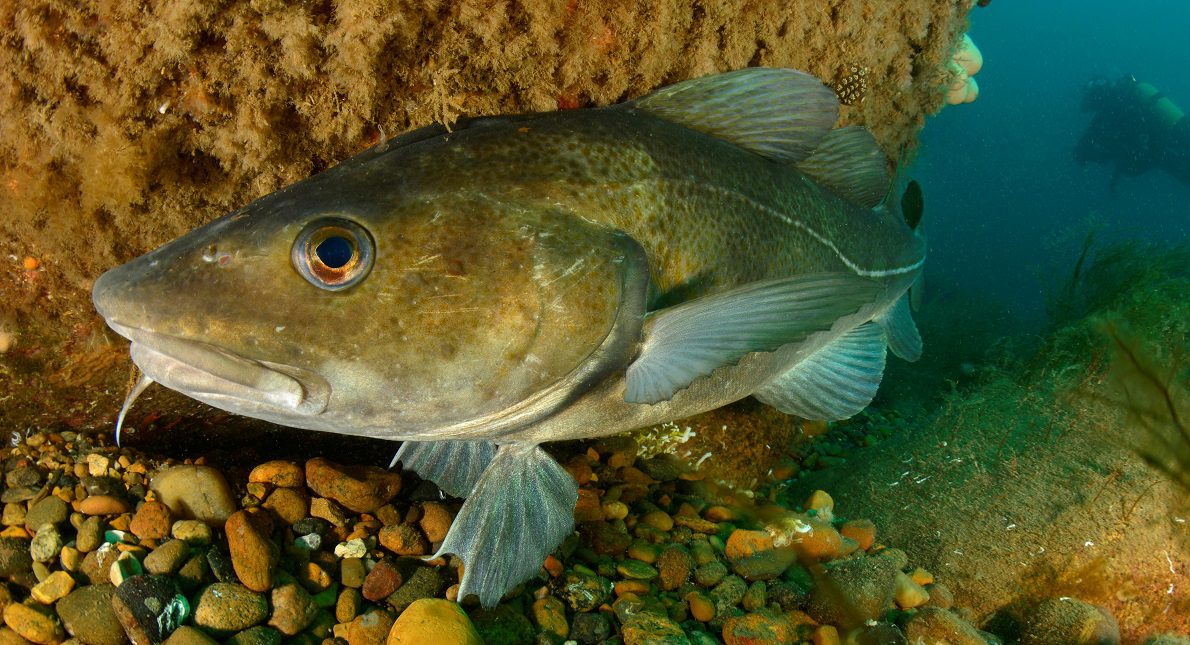 The report , published last week by International Council for the Exploration of the Sea (ICES), an intergovernmental marine science organization, found that the eastern Baltic cod population has reached such a critically low level that it is unable to reproduce itself sufficiently to maintain a future healthy stock1.

Scientists and researchers have warned about the risk to the health of the eastern Baltic cod population for years – with specific concerns about the low stock numbers, small size at reproduction, and starvation2 – but the alarm was raised during a regional Baltic meeting of fisheries stakeholders in January this year when scientists presented data from 2018 Baltic International Trawl surveys that found a record number of empty trawls3.

“This new ICES report, along with the data made available from last year’s Baltic international trawl surveys, provides a shocking image of how the population of Eastern Baltic cod has plunged to devastatingly low levels. Immediate emergency measures must be taken by Baltic fisheries ministers and the European Commission, including closing the fishery – or else face a legacy of having been responsible for the commercial extinction of this cod.”

The normal process for setting Baltic fishing levels for the following year begins with advice from ICES for all commercially exploited Baltic stocks on 29 May, and concludes in October when decisions from EU fisheries ministers on allowed catch levels and other measures are made at the AGRIFISH Council meeting.

“If we wait for the usual political process to run its course, it will mean goodbye to Eastern Baltic cod. In the meantime, fishing vessels will continue trawling up the last few fish that can reproduce during this spawning season starting in May. In addition, smaller sized cod risk to be thrown overboard.”

The EU Common Fishery Policy (CFP) provides the solutions – it includes provisions for dealing with this form of serious threat to the marine environment. Articles 12 and 13 of the CFP empower the Commission and Members States to take emergency measures. Baltic and European NGOs have today written an open letter to all Baltic state fisheries ministers calling on them to implement national emergency measures.

Extracts from the International Council for the Exploration of the Sea (ICES) eastern Baltic cod benchmark report published on 5th March 2019[1]:

·       The benchmark uses a new stock assessment model to allow an analytical assessment for the stock, which has been lacking since 2014. Moreover, reference points taking into account changes in productivity of the stock were also estimated, and procedures to conduct short-term forecasts were agreed. “…the quality of the assessment was found reasonable and the assessment appropriate to be used as the basis for advice for the eastern Baltic cod.”

·      Regarding the defining of appropriate new reference points the ICES benchmark report states: “The latest relatively strong year-class was formed in 2012 from an SSB of 98 000 t (Fig. 4.34). Therefore, Blim was set to this level, i.e.  98 000 t”. “Due to the presently very dynamic biological situation for the eastern Baltic cod, the current Blim at 98 000 t is considered to be applicable only in short term. The reproductive capacity of the stock needs to be closely monitored in coming years, and when new information becomes available, the Blim value needs to be re-evaluated.”

·      Furthermore, the report concludes regarding establishing an FMSY value:

“… analyses showed that even with FMSY at 0 the SSB would not be kept above Blim (98 000 t) in the long term, with 95% probability. (…) Even when applying a substantially lower value for Blim (53000 t), the result in terms of the stock being below Blim with more than 5% probability even at FMSY = 0 remained unchanged. In other words, following the ICES MSY framework for this stock, the estimated FMSY is equal to 0. For this reason, no F reference points were defined for this stock.”

·       Regarding the procedures to conduct short-term forecasts: “As there is no F reference point for this stock, probabilistic forecast with MCMC was proposed to be used instead. In this approach, catch and SSB levels corresponding to different F factors are calculated as in typical deterministic short term forecast but using MCMC to make it possible to also include the associated probability/risk of the SSB to be below Blim and Btrigger for each year of forecast. At the benchmark, this approach was approved to be used, and the actual forecast will be performed in the next WGBFAS.”

·       Regarding stock status, reproductive capacity and recruitment: “The year classes from 2015 and 2016 are estimated to be among the lowest since the 1990s (Fig. 4.34). Preliminary information from the BITS Q4 2018 survey indicates a weak year-class also for 2017.  Moreover, preliminary information from the 2018 ichthyoplankton surveys shows very low larval abundances throughout the spawning season, suggesting a poor year-class also for 2018. This sequence of poor year-classes raises concerns about the current reproductive capacity of the stock, the recruitment possibly being impaired by the quality of the spawning stock. Therefore, the size of spawning stock (SSB) in tons alone is not considered representative for reproductive capacity for the stock at present, as the quality of the SSB needs to be considered as well”.