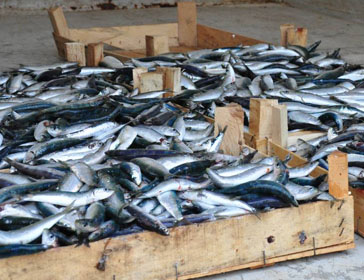 Total Allowable Catch (TAC) is the tool used to establish maximum fishing limits during a certain timeframe and for each one of the species controlled by management plans. Scientific recommendations for each marine area specified by the FAO (ICES fishing areas) are used to establish catch possibilities.

Currently, the TAC system is not working correctly because scientific advice is being systematically ignored: roughly 78% of the recommendations have been ignored, causing the overexploitation of most European fishing grounds.

Oceana defends the TAC system and demands its correct application. The success of this system requires the following: