The Common Fisheries Policy (CFP) is the basic management tool for the fishery and aquaculture sector in the European Union. 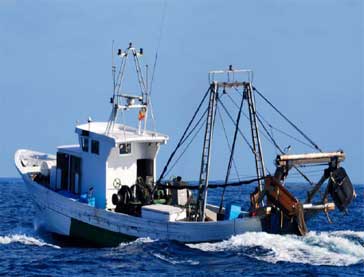 2371/2002) entered into force on 1 January 2003 and constituted the reform of the previous fisheries policy that established the fisheries guidelines of the previous twenty years. It was at the time a major step towards a better management of marine resources, as it established conservation as one of its objectives. However, it has not been enough to correct the overexploitation of European and third country fishing grounds.

In 2009, the European Commission started to review the implementation of the text and published a Green paper, which acknowledges the serious problems that fisheries resources were facing: fleet overcapacity, harmful subsidies (for ex., those that increase overcapacity), overfishing and the declining volume of fish caught by European Fishermen. Indeed, the 2002 CFP failed to achieve its objectives and European seas continued to suffer from excessive fishing pressure. The public consultation that followed this sad record received 382 contributions, and the European Commission then started to draft the new Common Fisheries Policy.

To date, the European Commission is still drafting the proposal that has to be formally adopted by the College of Commissioners, before it goes through the co-decision procedure wherein the European Parliament and Council will discuss the text. This co-decision procedure usually lasts 18 months. Therefore, the Commission only has 20 months (starting from the 1st of May, 2011) to finish its work, since the Common Fisheries Policy should enter into force in 2013

For the past few weeks, the Commission has started to release some information on the format and the content of the proposal. Commissioner Maria Damanaki recently announced that the final text of the proposal should be adopted by the College of Commissioners on July 13, 2011. It would be composed of a new basic regulation setting the core principles of the new CFP, a new Common Market regulation, a Communication on the external dimension of our policy and a report on access to waters. Another proposal for the future financial instrument of the CFP is planned to be adopted later this year.

Regarding the content, even if there is still no final decision, the Commission has started to give some clues on what they intend to put in the text. At the beginning of March, Commissioner Damanaki strongly committed to ending discards. Other key elements will include regionalization, rights-based management and artisanal fisheries but no detailed information is yet available.

Oceana contributed to the consultation of 2009 by submitting a position paper. Since then, our team has been hard at work to ensure that the reformed CFP will ensure that fisheries are managed in a sustainable way and that marine ecosystems are preserved. Our updated position on the CFP will be made available on our website in the coming weeks.