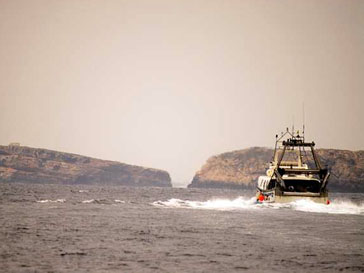 Without complex habitats, populations of the fish that depend on structured habitats may suffer population declines, take longer to recover from other threats such as overfishing or be displaced by other species.

Restricting bottom trawling in complex habitats promotes sustainable fisheries. The issue is not whether to stop fishing, but whether to allow use of a type of gear as destructive as large roller and rockhopper trawls if economically productive and selective fishing gear can catch the fish instead.

In some cases, experiments have shown that the same fish may be caught by hook and line or by fish trap without causing the habitat disturbances or changes in species composition that bottom trawling can lead to.

It is critical that remaining pristine areas of structurally complex habitat be protected from damage by large rollers and rockhoppers. Stopping trawling in areas that have already been altered will allow for recovery to begin. Protecting structurally complex habitat would result in more fish for both fishermen and fish consumers, a richer diversity of species and a healthier marine ecosystem.