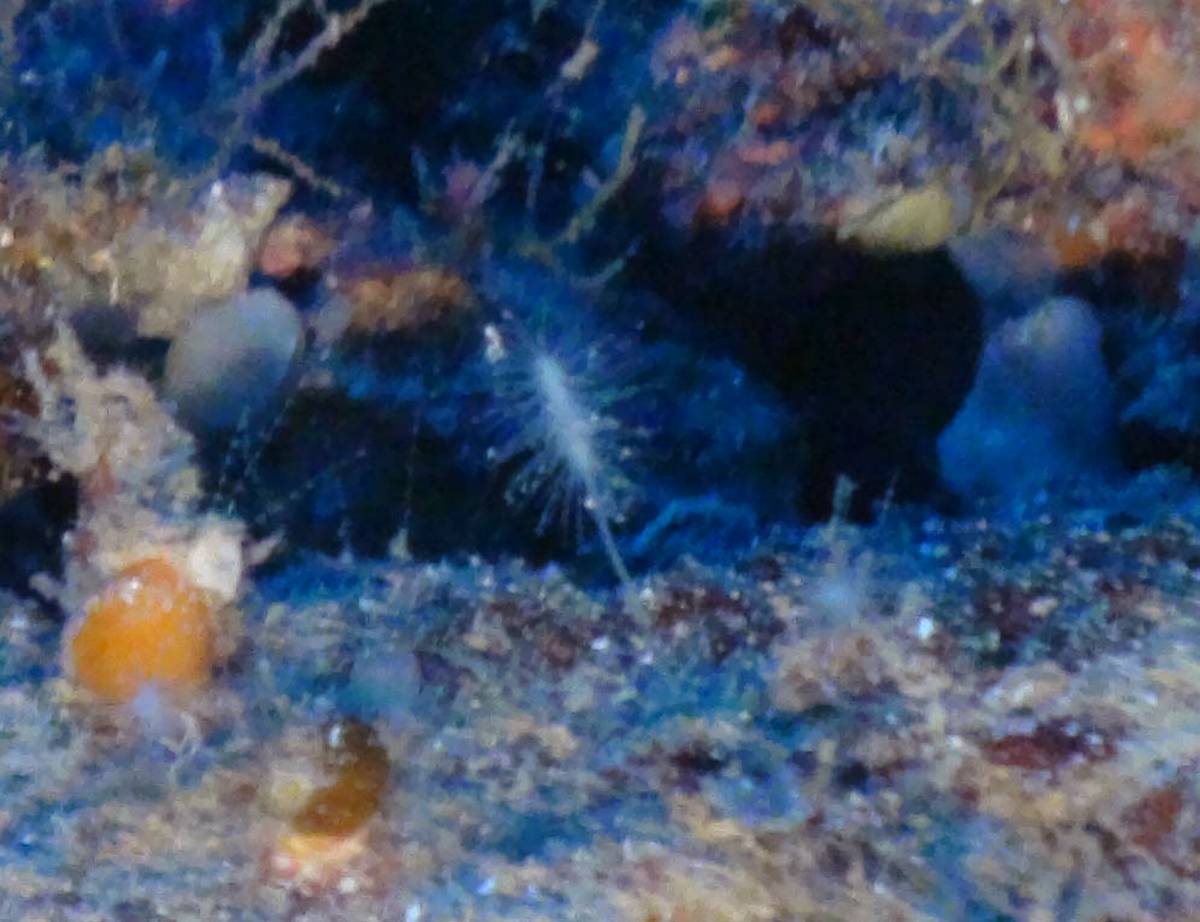 Carnivorous sponge (Asbestopluma hypogea). Typical species in environments with little suspended organic matter, which could explain its carnivorous and non-filtering behaviour.  Oceana documented this species for the first time outside caves in the underwater mountains of Ausias March (Balearic Islands) and Chella Bank (Seco de los Olivos, Alborán). Its uncommonness and fragility make it a species of great interest. 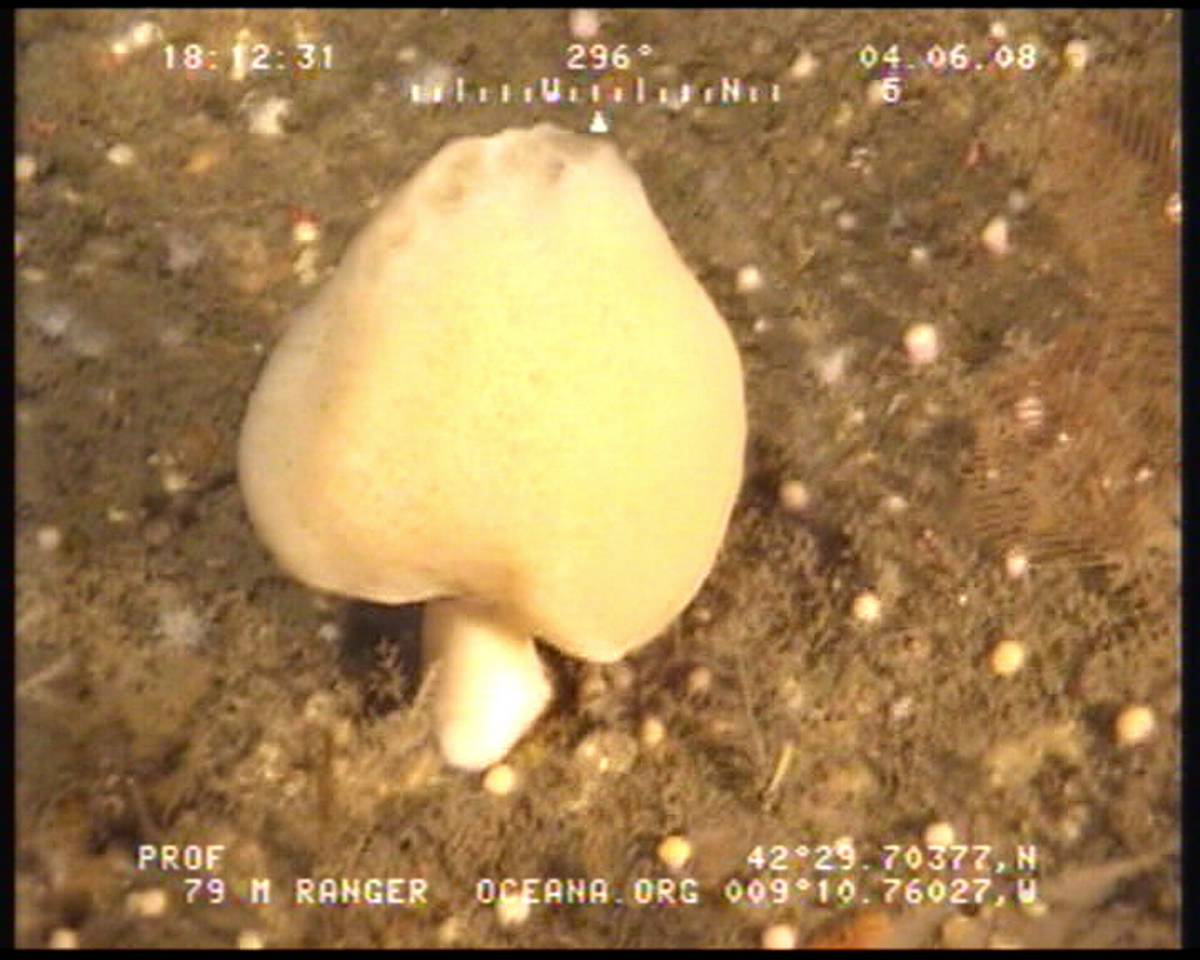 Mushroom sponge (Artemisina transiens).  Small, pedunculated and with an appearance similar to a mushroom. First described in 1892, based on the collection of two specimens. No additional information had been registered since then until the Oceana campaign in the Cantabric Sea in 2008. It tends to be more abundant in areas with gorgonians and other species which feed on the suspended matter, creating a habitat which other species depend on.

Giant deep-sea oyster (Neopycnodonte zibrowii). Bivalve mollusc of gregarious behaviour, considered as a “living fossil” since it has basically become known through remains more than 30 million years old. It was known in shallow areas until it was observed in the gulf of Cadiz by the Spanish Oceanographic Institute. Oceana discovered it in the Canary Islands, below -350 metres situating its location 3,000 km more to the south from its most southern location until now.

Common guitarfish (Rhinobatos rhinobatos). Elasmorbanchii with a flat body that live over the sea floor, generally in shallow areas. The interactions with human activities, especially overfishing and loss of habitats, have provoked a strong decline in this species. Oceana has documented those that could be the last European populations, in the coasts of the region of Murcia and the gulf of Cadiz. 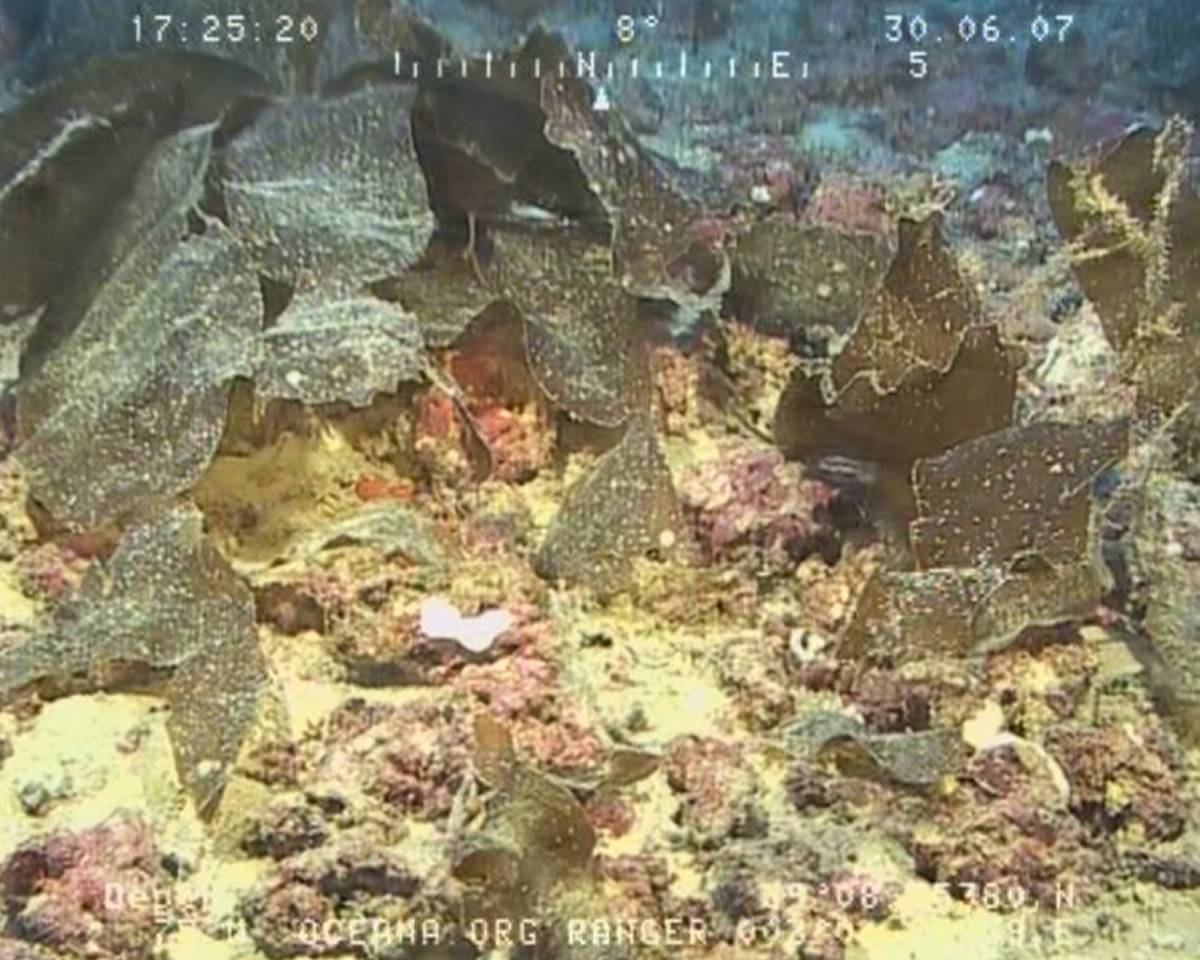 Kelps (Laminaria rodriguezii). Brown algae in the range 60-120 meters depth, generate forests which are essential for many species and are very vulnerable to impacts such as trawler fishing or contamination. Due to their importance and fragility they are protected under the Barcelona and Berne Conventions and the Spanish List of Species. Oceana has discovered this species in the surroundings of P.N. de Cabrera, Columbretes Marine Reserve and the Island of Alborán.