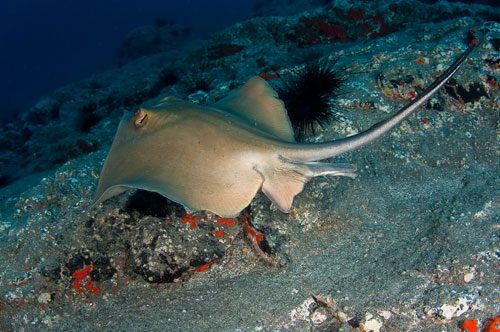 Marine species suffer impacts derived from human activity, such as overfishing, the destruction of the habitat, contamination and even climate change.  As a result of this, more and more are at risk in seas and oceans around the world. Cetacean and turtles are some of the best known, but others like sharks, corals, gorgonians, prairies of spermatophytes or algae are also seriously threatened in some cases.

Protection in Europe is still deficient and the Habitats Directive, which only contains 16 marine species, is a good example. With regard to international conventions in European waters, such as the Barcelona Convention, the OSPAR Convention, the HELCOM Convention, the Bonn Convention  and its regional agreements, as well as the Berne Convention or CITES, these improve somewhat the European legislation, but are far from containing all the threatened marine species. Also, the conventions reinforce but not substitute the legislation, since the latter should include management plans for the threatened species.

The classification by levels of threat of the International Union for Conservation of Nature (IUCN) and the recommendations of other experts provide enough information about the needs and shortages in the protection of marine species. In this way, the inclusion of these species in the European and national legislations represents an acceptable minimum for the conservation of the species and marine biodiversity in Europe.

Oceana, as a first step, proposes the inclusion of more than 400 marine species in the European legislation, among them sharks (threatened by their low reproduction rate), corals (due to their slow growth), gorgonians, sponges, algae and fish, many of them victims of fishing overexploitation.

Advances in the investigation of these and other species are helping to get to know their distribution, unknown in most cases, and to improve the conservation measures.