Sandtiger sharks are also known as the grey nurse shark and the spotted ragged-tooth shark. Sandtiger sharks have one of the lowest reproductive rates of any shark, giving birth to only one or two young every couple of years. Once a population is depleted, recovery is especially challenging due to their life history. Smaller populations are also much more susceptible to disease. 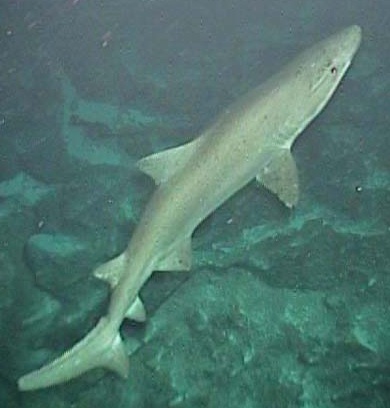 Primary threats include overfishing, beach meshing and recreational fishing. Beach meshing is used around popular shorelines to protect swimmers from potentially dangerous sharks. However, sharks become entangled in the netting and can eventually die. In the past, the sandtiger shark’s fierce appearance made it particularly vulnerable to sport fishing. The IUCN classifies the sandtiger shark as “Vulnerable.”

Through our efforts on international fisheries, Oceana works to prevent the unsustainable fishing for and the finning  of sandtiger sharks.