Blue sharks are one of the most wide-ranging and previously abundant shark species. Now, they are the most heavily fished shark in the world. An estimated 10-20 million individuals are killed by pelagic fisheries annually, mostly as bycatch. 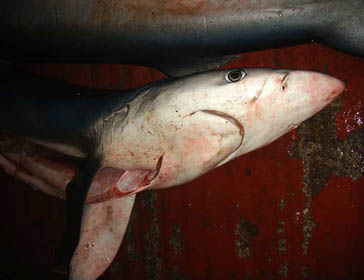 Through our efforts on international fisheries, Oceana works to prevent the unsustainable fishing for  finning of blue sharks.