This specie is not in European waters, it´s easily identified from other grey sharks by a black or dusky spot beneath the snout tip, the blacknose shark has an unusually fast growth rate. Blacknose sharks reach maturity in just two years and produce three to six young at a time. 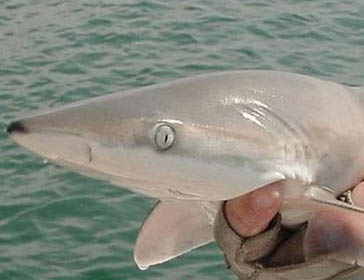 Currently, blacknose sharks are not listed on IUCN’s Red List. In the U.S. they are caught in  commercial fishery, fished as game fish and are susceptible to bycatch. Bycatch of blacknose sharks in the shrimp trawl fishery exceeds the mortality from the directed fishery.