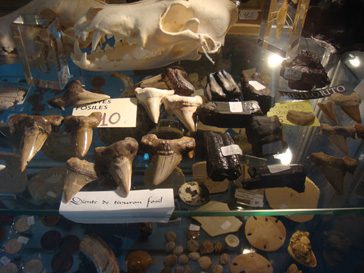 Sharks are caught for a number of reasons.

Fins are the most important ingredient in the Asian status-symbol dish “shark fin soup”. Once only for eaten by emperors and kings, this dish is now standard for weddings and business-dinners and as such is the main driver behind the looming extinction of some of the most spectacular sharks like the mako, blue, hammerhead and thresher shark.

Shark finning, the cutting of the fins and discarding of the body (many times still alive), used to be common practice. But since the European ban on finning, European fishermen are prohibited from finning anymore. Since shark bodies now also have to be used, the ban contributed to a new market for meat, although the name “shark” is not widely advertised in many of the meals.

Deep-sea sharks are caught for their livers, from which the component called squalene is used in creams by the cosmetic industry. In its campaign to end the use of shark squalene, Oceana has received news that most of the major European cosmetic brands phased out shark-based squalene, or are phasing out, this ingredient in favor of a sustainable plant-based substitute.

Other shark parts like teeth and jaws are sold as jewelry and decorations and shark leather is used in clothing like boots and jackets.

Some health products use shark cartilage as an ingredient and even claim it is a cure for cancer, although no scientific evidence can corroborate this assumption.