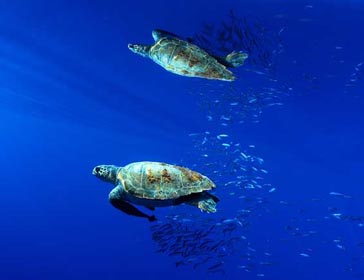 In November 2007, Oceana and the Center for Biological Diversity petitioned the U.S. federal government to up list Atlantic loggerhead sea turtles from threatened to endangered under the Endangered Species Act  and to protect the key habitat areas for these sea turtles from human impacts. Currently, the loggerhead is listed as threatened and does not have any critical habitat designated for protection under the Endangered Species Act.