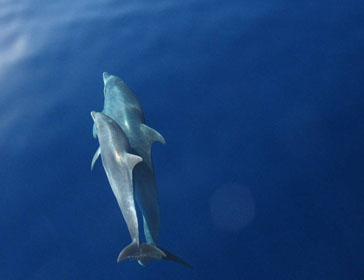 There are over 80 species of cetaceans in the world. The total number is still unknown because new species of dolphins, beaked whales and whales continue to be discovered. In addition, the available information on their state of worldwide conservation covers less than half of the species.

Protecting cetaceans  is an important part  of protecting marine ecosystems in general. The Habitat Directive  advises  to create marine protected areas for  these species, and consequently, Spanish laws state the presence of cetaceans as one of the reasons for creating National Parks.

These marine animals’ social nature and their distribution near the coast, and in shallow waters, have awakened humans’ sympathy, and they are one of the most considered marine species in protection agreements. But this sociability also places them at risk when they become trapped in fishing nets, collide with vessels or are the victims of sonar.