Juan Fernández Islands: What Oceana Does 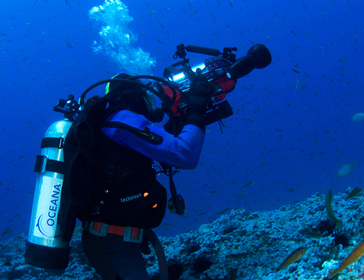 Oceana seeks to ban bottom trawling on vulnerable marine ecosystems such as the seamounts around the Juan Fernandez Islands. In January 2009, Oceana made its first expedition to the archipelago.

The expedition crew recorded underwater videos and photographs of the area’s exceptional biodiversity. Additionally, they established contacts with the local communities and authorities on Robinson Crusoe Island, one of the three islands of the archipelago, who have expressed support for Oceana’s initiative to close the seamounts that surround the island to industrial bottom trawling.

The fishermen of Juan Fernández have witnessed the decline of their fishing stocks and destruction by the trawling fleet that operates at only five miles off-shore. In February 2009, Oceana made a second trip to continue the conversations with the communities and to invite them to join the initiative to protect this important area.

The bill is entirely based on Oceana’s proposal and approach and, if passed by the Congress, will result in the immediate closure of 118 seamounts as a precautionary measure and will further allow the identification and progressive closure of vulnerable marine ecosystems to trawling as scientific information becomes available. It will also require that 100 percent of the trawling fleet carries scientific observers on board.