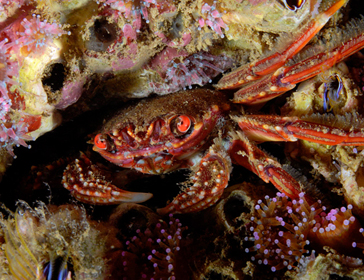 Nearly 650 km from Chile’s jagged coastline lies one of the world’s hidden destinations: the Juan Fernández Islands. This archipelago, composed of three volcanic islands among a series of seamounts, has been compared to the Galápagos Islands for its rugged beauty and incredible biodiversity, including dozens of endemic species found nowhere else in the world.

But while the Galápagos have become a major destination, the Juan Fernández Islands remain relatively unknown.

Isolation is a part of the island’s heritage. In 1704, sailor Alexander Selkirk deserted the Cinque Ports, choosing to remain on one of the Juan Fernández uninhabited islands rather than stay on a ship he considered unseaworthy. Selkirk lived on the island for four years and four months, surviving on the rich native flora and the meat of feral goats. His story and eventual rescue would inspire the classic novel Robinson Crusoe.

Juan Fernández is still an ecological treasure, but it needs proactive protection in order to remain that way. Oceana campaigns to ban bottom trawling on vulnerable marine ecosystems, such as seamounts around the Juan Fernández Islands, and works to establish a marine reserve there. Oceana has made several expeditions to the archipelago.