California Current: What Oceana Does 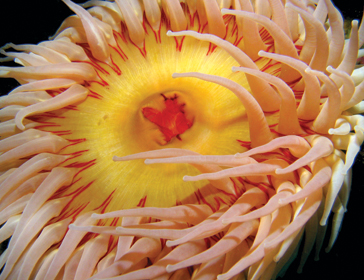 The main threats to our oceans, including climate change, habitat loss, overfishing, pollution and development all threaten the health and diversity of the California Current ocean ecosystem.

To address these threats, Oceana is working with scientists, the public and policy makers to protect the marine food web, to identify and protect Important Ecological Areas, and to advance sustainable, ecosystem-based approaches to ocean management.

Krill are a vital part of the Pacific food web as prey for many species. Protecting predators and prey is fundamental in order to secure the long-term sustainability of ocean ecosystems and fisheries.  Oceana is continuing to work with federal fishery managers to advance the conservation of the California Current food web, including vital prey species like smelts, sardine, anchovy and squid.

All five species of Pacific sea turtles are listed in the IUCN Red List as Critically Endangered, Endangered or Vulnerable. Some species are doing better than others, but they are all at mere fractions of former population sizes.

Like sea turtles,  deep-sea corals and sponges provide a compelling story about the effects of destructive bottom trawling on the seafloor. Both are long-lived and particularly sensitive to fishing impacts due to their inherent biological characteristics.

Oceana is working to protect sea turtles and deep-sea coral communities from destructive fishing gear such as bottom trawls and dredges, and pelagic longlines that take and kill sea turtles and other marine life including whales, dolphins and many non-target fish.