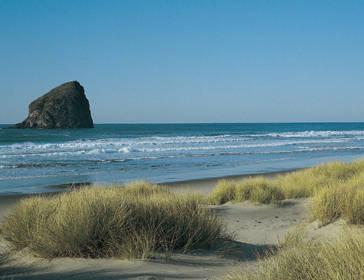 The California Current ocean ecosystem is one of the most productive and diverse temperate marine ecosystems in the world.

The movement of northern waters southward makes the coastal waters cooler than areas of similar latitude on the U.S. east coast. Prevailing northwesterly winds cause an upwelling of colder sub-surface waters, which further cools the already cool California Current.

The upwelling brings nutrient-rich sediments to the surface, sparking large blooms of phytoplankton supporting tiny krill to large populations of whales, seabirds and commercial and recreationally important fish such as salmon and rockfish.