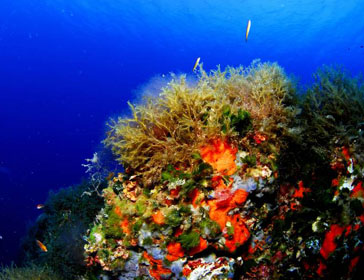 The Mediterranean Sea is one of the world’s most culturally important bodies of water and for centuries, it has been the home and primary source of food for millions of people.

As a result of its location between Africa, Asia and Europe, it is a primary trade route.

Within the coastal region, the people inhabiting the area have had centuries of interactions with the marine environment. Persistent fisheries targeting bluefin tuna during their spawning migrations into the Mediterranean have been established since antiquity.

As a result of intense fishing and large coastal populations, pollution is of particular concern in the region. Recent fish kills have occurred in the Med’s northern Adriatic Sea as a result of noxious phytoplankton blooms. The blooms deplete oxygen levels, suffocating any fish unable to escape.

Areas of particular conservation interest in the Mediterranean include: the Balearic Islands, where the Cabrera National Park is located, Menorca Canyon , the seamounts of Ausías March, Emile Baudot  and Ses Olives the Alboran Sea and the Seco de Palos seamount, the Archipelago of Columbretes, Pelagos sanctuary in Ligurian Sea and some othe areas such as the Channel of Sicily and spawning areas in the Egean and Tyrrhenian Seas.

Oceana carries out campaigns to study the seabeds using a Remote Operated Vehicle (ROV), professional divers and scientists. The results of these campaigns are analysed on board and subsequently at headquarters in order to compile data to draft reports that explain and prove the ecological importance of the areas studied and the need to protect them. 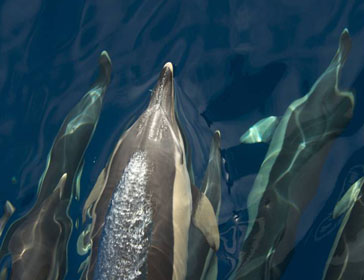 The area is home to 21 species of marine mammals, 750 species of fish, 5 species of sea turtles  and over 360 species of breeding birds. A total of 10,000 to 12,000 marine species have been recorded in the Mediterranean Sea.

The Mediterranean Sea represents a vast feeding ground and spawning ground for many fish species. Eastern Atlantic bluefin tuna  spawn in the Mediterranean which makes the Balearic waters in key place for its survival. Many marine mammals also live here, some of them clearly in danger of extinction. The Mediterranean monk seal is one of the rarest pinnipeds in the world and one of the most threatened mammals on the planet. Disease, coastal development, pollution and some fishing techniques have drastically reduced the population. The same occurs with the common porpoise, whose populations were abundant years ago. The IUCN (International Union for Conservation of Nature) now considers it threatened and it has practically disappeared from this sea.

The deep waters of the Mediterranean are the most surprising area in this sea. Historically unknown, only deep-sea fisheries and isolated scientific research work has revealed information about the habitats and species that live on these sea beds. The urgent need to protect the oceans has stimulated research in deeper areas and the findings are numerous. Gorgonian gardens, deep-sea kelp forests, bamboo coral and maerl beds, deep-sea sponge fields and impressive coralline formations are being identified and documented and are still in a good state of conservation, although seriously threatened.

Thus, given the richness harbored by this sea, the ecological and economic benefits of conserving and recovering it are unquestionable. It is essential to urgently protect and effectively manage this sea and its ecosystems, for the benefit of all.