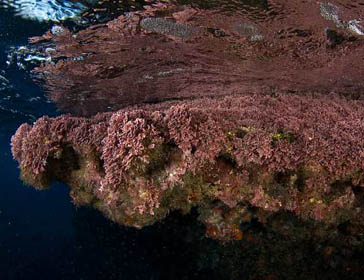 The Balearic Island archipelago is located in the western Mediterranean Sea off Spain’s eastern coast. The archipelago consists of three major islands (Majorca, Minorca, and Ibiza) with other small islands. Inhabited from around 4000 B.C., the first real settlements developed with the arrival of the Carthaginians in 654 B.C. Currently, the Balearic Islands are home to nearly a million people.

The Balearic Islands constitute the most important spawning area for Mediterranean bluefin tuna  and also represents one of the most important fishing grounds for this species. Since 2008, Oceana has petitioned the International Commission on the Conservation of Atlantic Tunas (ICCAT) to designate the Balearic Islands as a sanctuary, prohibiting the harvest of bluefin tuna.

The Balearics are also an important area for loggerhead sea turtles. In 2005, Oceana tagged nine loggerhead turtles. Interestingly, all nine turtles stayed the area immediately surrounding the Balearic Islands for nearly one year.

Nearby, the Punta Prima seamounts lie just offshore of Formentera Island. With summits found at 80 meters depth, this fascinating group of seamounts and walls creates the ideal habitat for a wide array of marine organisms ranging from sponges, to wrasse and mullet fish species, and even bottlenose dolphins. The seamounts reach depths of over 400 meters and provide a diverse assortment of habitats for many marine species.