Marine Protected Areas in the Baltic 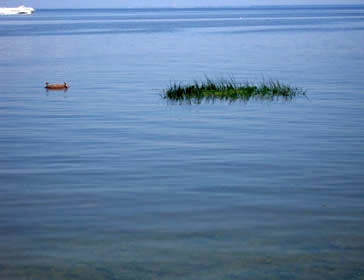 Marine Protected Areas are an effective way of protecting parts of the oceans from fishing and other maritime activities in order to give ecosystems a chance to recover. Nations agreed during the Convention on Biological Diversity protect 10% of the marine ecoregions by 2012. To achieve this goal, the European Union has built up the Natura 2000 network to protect terrestrial and marine ecosystems. In the Baltic, currently around 7.9% of the surface is designated as Marine Protected Area as part of the Natura 2000 network. However, additional Baltic Sea Protected Areas are designated under Helcom recommendations and, along with the Natura 2000 network, the marine protected areas comes to a total of 11,6% of the Baltic.

But the fact that an area is designated as an MPA does not mean it is actually well protected. As a matter of fact, as of today, only 13% of the Baltic Sea Protected Areas actually include a proper management plan – in other areas destructive fishing, fisheries with high bycatch rates, dredging and other unsustainable activities are still common.

Several scientific assessments have been carried out and they have shown that the current network of protected areas in the Baltic is not sufficient. Scientists found that these areas are small, poorly distributed and lack ecological coherence.  They are mainly located in the central area of the Baltic, most of them on the coast rather than in the deep sea, and the network does not include important areas of high ecological value or areas that are important in fishing terms.