Galician Atlantic and Bay of Biscay: What Oceana Does 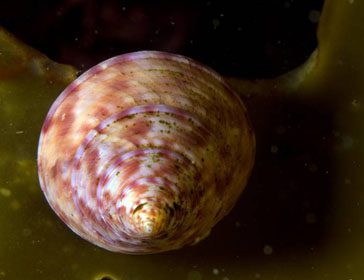 The work carried out by Oceana in the Galician Atlantic and the Bay of Biscay provides new information about areas of ecological interest to expand the network of marine protected areas. As such, Oceana contributes to the achievement of Spain’s objectives and commitments, including the EU Habitats Directive, the OSPAR convention and UN Biodiversity Convention agreements, because all of these require the halting of the loss of biological diversity and the creation of new protected areas.

In order to reach these objectives, at least 10% of the marine area under Spain’s jurisdiction must be protected, including the EEZ in each one of the bioregions, such as the Cantabrian Sea and Galician Atlantic waters.

For two and a half months, a crew of 13 people travelled along the Galician and Cantabrian coasts on board the Oceana Ranger research catamaran. A total of 51 dives were carried out with an ROV (Remote Operated Vehicle) and 54 with professional divers. This made for a total of over 100 hours of video footage and more than 4,000 underwater photographs. The sampling sites were chosen depending on various factors, such as the existence of possible biodiversity “hot spots”, the availability of bibliographic material about the area, the empirical knowledge of fishermen, divers and researchers, and the lack of information.

A wide variety of features were identified such as seamounts, canyons, caves and overhangs, along with seagrass beds, kelp forests, maërl beds, coral and gorgonian gardens and reefs, amongst others.

The study also detected threats such as the presence of hundreds of invasive species, contamination, discards and bycatch of protected species, overexploitation of fishing resources, the impacts of fishing over vulnerable seabeds, the effects of the climate change on water temperature and the distribution of species, as well as the impact of mineral extraction.