Doñana: What Oceana Does 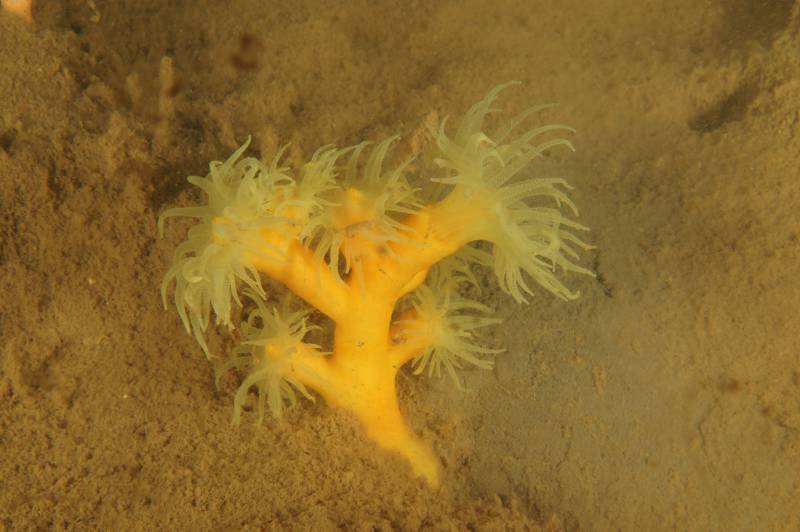 Oceana has documented for years the seabed marine area in front of Doñana, with professional divers and an underwater robot (ROV), carrying out almost 100 dives between 10 and 105 meters deep. The analysis of the information obtained has served to identify the areas of greatest ecological interest and to substantiate the need for protection (Spanish) and management of these rich waters.

The detailed analysis of the information collected over the years allows us to determine the most relative areas of biodiversity, such as the waterfront of Rota and Chipiona, where there are rock outcrops with dense forests of tree coral (Dendrophyllia ramea), corals Caryophyllia spp. and showy orange coral colonies (Astroides calycularis). The latter is a protected species that had never been seen in front of Doñana until it was filmed by Oceana and here is its westernmost known distribution.

Further north, in front of Mazagon, there are also rocky bottoms with gorgonians such as Leptogorgia sarmentosa or Elisella paraplexauroides, sponges and many other invertebrates, creating important habitats for many species, some of them of high commercial value. Other non rocky areas, composed entirely of muddy bottoms, are home to many species of commercial and ecological value, for which they also need to be managed properly.