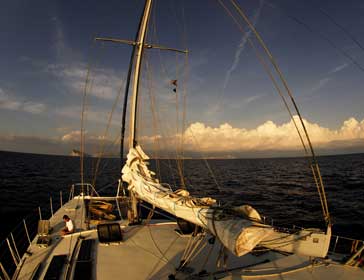 For two months, the expedition will travel through the western Mediterranean and the Atlantic to study and canyons, environments rich in biodiversity but relatively unexplored due to their depth and complex terrains.

In this new expedition, Oceana will collaborate with the Portuguese Government and the country’s scientific community on the exploration of the Gorringe Bank, a little explored seamount and a veritable oasis of biodiversity southwest of Portugal. Oceana last explored these waters in 2005. This time around, Oceana’s team of marine scientists, divers, and underwater robot (ROV) operators will be exploring and documenting depths up to 800 m.

Additionally, Oceana, in collaboration with Fundación Biodiversidad will continue to provide information on the Seco de los Olivos seamount as part of the European Union project, LIFE + Indemares.