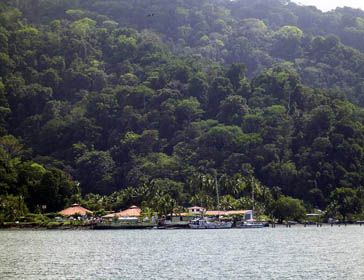 Golfito lies to the south of Costa Rica, close to the border with Panama. It is a “sub-gulf” within another larger one known as Golfo Dulce. In Costa Rica, there is another gulf known as the Gulf of Nicoya, which  has traditionally  been regarded as a bottomless pit in terms of the abundance of fish.

But Nicoya is in the final throes of exhaustion, according to researchers in Costa Rica, who give it around three more years before its definitive collapse. The Nicoya situation is a deplorable example of fisheries management and Golfito may well be following the same course: a huge marina, fundamentally geared towards sports fishing, has already been approved. These tourist activities, together with the increase in industrial fishing activity caused by the collapse of the Nicoya Gulf fishery, may rapidly endanger Golfo Dulce and its resources.