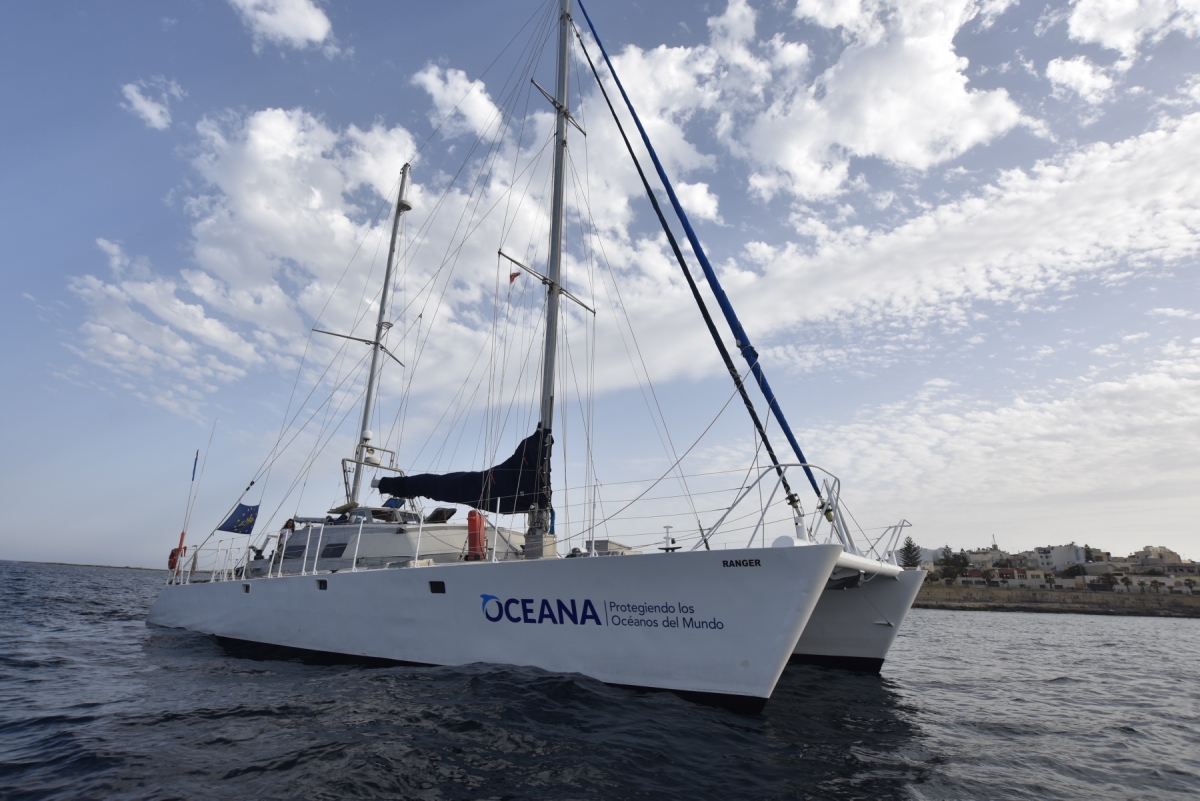 Type of boat: Aluminium Catamaran designed by Lock Crowthers, built in 1986 in Oregon. It is one of the largest doublemasted catamarans in the world.

The research catamaran Ranger is crewed by professional sailors and has all the equipment and technology to carry out the tasks needed to develop research campaigns.

It is equipped on board with OLEX bathimetry systems, navigation computer with MaxSea charting, Oceanography winch with metre-counting, Van Veen dredger, CTD, and a scuba diving compressor.

Safety: The Ranger was built to American Bureau of Ships (ABS) standards — the most stringent in the world. The vessel has 10 watertight compartments, and even if the two largest are flooded, it can still make way safely under sail or motor. The Ranger can cruise on one of the two diesels or on one of the two sails.

Resistance: Unlike normal vessels, the Ranger is made almost entirely of marine alloy 5086 aluminium, a corrosion-resistant material that welds to almost 100 percent strength, instead of the 65 percent strength for the 6061 extrusions sensible to corrosion used in other vessels. The Ranger can face tough tests on its 5/16-inch bottom sheets and pound for hours in the surf under extreme conditions without affecting its integrity. LeFeill, builder of high-tech tubing for spacecraft, engineered and built the sailing rig to withstand tough conditions at sea.