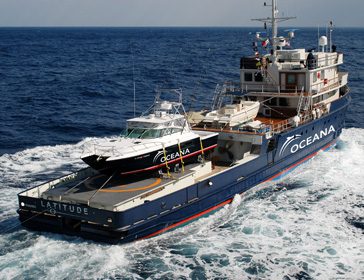 Oceana is launching a two-month research expedition from Fort Lauderdale, Florida, that will assess the long-term impacts of the Deepwater Horizon oil spill on the Gulf of Mexico and its inhabitants as well as document areas that could be impacted by the spill if oil becomes caught in certain sea currents.

Oceana’s 2010 Gulf of Mexico Expedition, lead by oceanographer Xavier Pastor, executive director of Oceana Europe, is taking place aboard the Oceana Latitude, a 51-metre vessel capable of sailing in both shallow and deep waters, and adapted to serve as a diving platform. Oceana also works together with several universities and entities and release numerous papers that describe the impacts of oil on marine species. 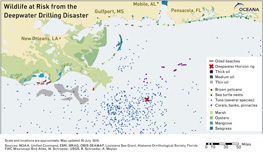 During the expedition, Oceana scientists from both sides of the Atlantic, directed by Dr. Michael Hirshfield, senior vice president for North America and chief scientist at Oceana, are working with specialized divers, underwater photographers and videographers as well as remotely operated vehicles (ROVs) to analyze the magnitude of the oil spill and its affect on sensitive habitats and marine species such as coral. Oceana is also tagging several shark and sea turtle species to monitor their migration patterns and study their ability to avoid oil contaminated areas as well as take samples of water, sediments, larvae, plankton and fish.