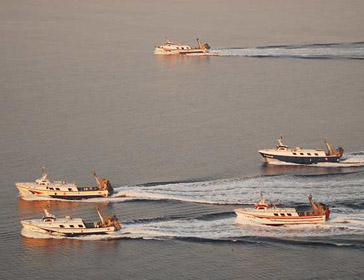 Overall, speed reductions are a quick, easy and effective way to achieve emissions reductions from ocean-going vessels. Given the recent increases in oil prices, speed reduction makes sense not only environmentally but also economically.

Emissions, especially those of carbon dioxide, are directly proportional to fuel consumption. Greater speeds require increased fuel consumption. Consequently, slowing down, even by a small amount, can result in significant fuel savings and emissions reductions.

The IMO calculated that a speed reduction of just 10 percent across the global fleet by 2010 would result in a 23.3 percent reduction in emissions. Hapag-Lloyd found that slowing some of their ships by just five knots, or 20 percent, resulted in savings of around 50 percent on fuel costs. Restrictions on vessel speed would reduce emissions of carbon dioxide, black carbon, nitrogen oxides, and nitrous oxide.

Recently, as the price of fuel has been increasing, shipping lines have been voluntarily reducing their speeds to realize financial gains through fuel savings. A senior official with the French line CMA CGM stated that in order to minimize fuel consumption, most lines will begin steaming at “economic speeds.”