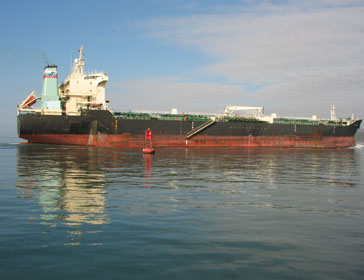 Ships contribute a significant amount of carbon dioxide to the atmosphere. The International Maritime Organization (IMO) calculated that ocean-going vessels released 1.12 billion metric tons of carbon dioxide in 2007. This is equivalent to the annual greenhouse gas emissions from over 205 million cars, or more cars than were registered in the entire United States in 2006 (135 million).

Shipping is responsible for over three percent of global anthropogenic carbon dioxide emissions and is growing. Over the last three decades, the shipping industry has grown by an average of five percent per year. The IMO predicts that without introducing measures to reduce emissions from shipping, carbon dioxide emissions from the industry could rise to 1.48 billion metric tons by 2020, equivalent to putting 65 million new cars on the road.