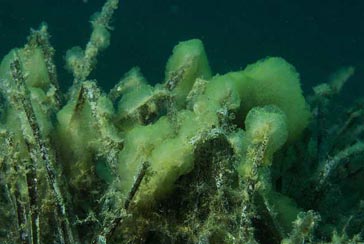 The signs of a warming planet are all around us and the impacts are already being felt in significant ways. These early signs include increasing ocean acidity, melting glaciers, plant and animal range shifts, increased spread of disease, coral reef bleaching, intensified storms, severe droughts and smoldering heat waves. The following facts are hard to ignore:

– The surface oceans are 30 percent more acidic than they were prior to the Industrial Revolution. This is making it more difficult for corals and other marine calcifiers to build their shells and skeletons. Already, corals across the Great Barrier Reef in Australia and reefs in Thailand and the Caribbean have been found to have severely decreased growth rates, likely caused by increased ocean acidity.

– The number of Category 4 and 5 storms has greatly increased over the last few decades, most likely caused by increasing ocean temperatures.

– In areas of California, sea life is shifting northward, probably in response to warmer ocean and air temperatures.

– The Larsen B ice shelf in Antarctica, which for more than 10,000 years has been a stable mass of mostly solid ice the size of Rhode Island, disintegrated within three months in 2002. Its rapid collapse, which was captured by NASA satellite imagery, astonished climate scientists.

– The current pace of sea-level rise is three times the historical rate and appears to be accelerating.

– The Great Barrier Reef in Australia has experienced an epidemic of coral bleaching due to higher sea surface temperatures. Scientists have found widespread bleaching, with every species of coral suffering. Bleaching occurs when high sea temperatures force corals to expel the colorful algae that provide them with food. If the warm temperatures persist, corals die and reefs crumble.