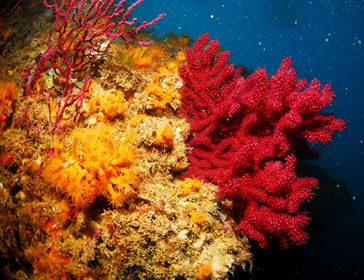 Acidification is one of the consequences of excessive CO2 emissions, which have accelerated climate change, one of the most important challenges humanity has to face in this century. The climate has constantly varied throughout the planet’s history due to the changes related to solar or volcanic activity, but since the Industrial Revolution, human action has had an indisputable role in this process.

Not all emitted CO2 accumulates in the atmosphere. The oceans and forests act like drainers and have an important role in reducing the impacts caused by climate change. Since the beginning of industrialisation, the oceans have absorbed 30% of the CO2 emitted. This, along with the continuous and rapid increase of emissions, has serious consequences on the ecosystems and biodiversity. Oceana demands urgent cuts of CO2 emissions and stabilisation at 350ppm instead of the current 387ppm.

In Action: Ocean Acidification (September 2009) from Oceana on Vimeo.