The North-East Atlantic Ocean faces many threats. In this important region, Oceana is working to improve marine conservation policies by drawing on its marine expertise and ecological data gathered during at-sea expeditions. 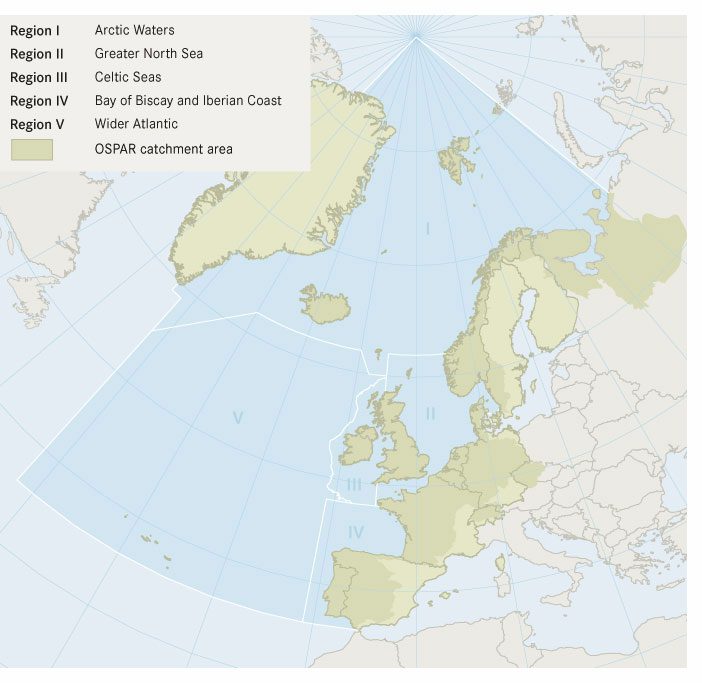 The North-East Atlantic Ocean is characterised by a variety of topographical features, ranging from ocean basins of around 5000 meters in depth near the Mid-Atlantic Ridge, to waters less than 200m deep on the continental shelf along the European coast. In some places, seamounts occur as submerged single mountains or chains of mountains along the ocean floor. Primary productivity in the open ocean is low but increases from south to north and towards the coasts, supporting a rich and important marine biodiversity.

Many of the coastal states bordering the North-East Atlantic are densely populated and marine biodiversity in the area is threatened largely by two types of human activities: fishing and pollution. Fishing activities likely represent the main pressure, with specific impacts being overfishing, bycatch, and direct impacts to the seabed. Industrial activity and intensive agricultural land used together result in widespread inputs of pollutants (including hazardous substances) and nutrients, via the atmosphere and rivers. Other impacts stem from offshore oil and gas exploration, maritime transport, the laying of pipelines/cables, extraction of sand and gravel, and dumping of dredged material.

Ministers from OSPAR’s governments have all collectively committed to establish a well-managed and coherent network of Marine Protected Areas (MPAs) in the North-East Atlantic, in an effort to fulfil obligations under European environmental and marine policies and international commitments under the Convention on Biological Diversity (CBD). OSPAR is at the forefront of MPA development, as the first region to designate MPAs in the high-seas under an innovative legal framework. Oceana strongly supports such efforts to improve the coherence of the OSPAR MPA network, including expanding the network to encompass more offshore sites in deep areas that host vulnerable marine ecosystems. 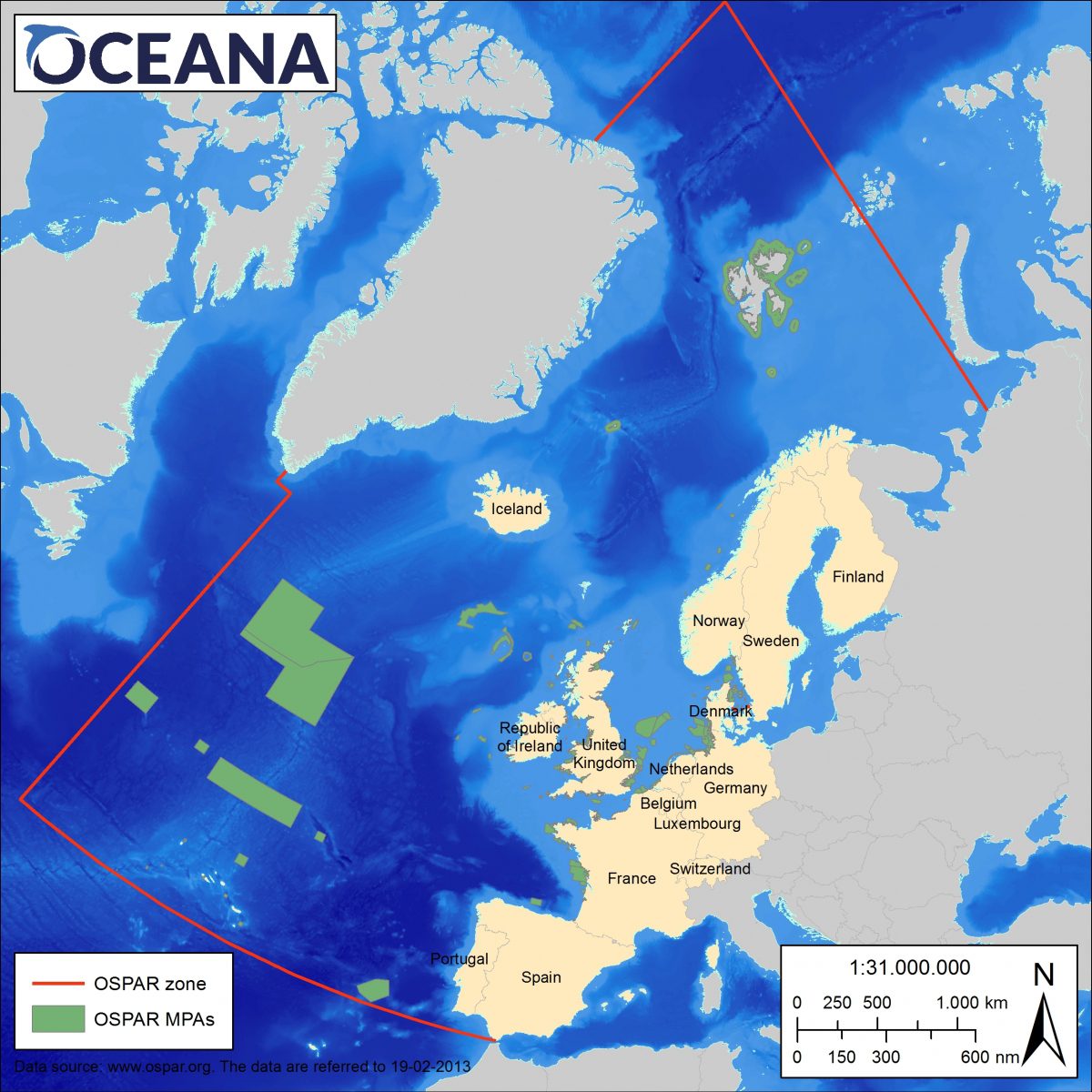 Despite progress in designating MPAs, important gaps still exist in the network. Certain features, such as benthic habitats and species such as deep-sea sharks, are still under-represented or missing from the OSPAR MPAs network. Many sites also lack proper management of human activities, particularly restrictions on fisheries; the activities which represent the biggest pressure on many declining species and habitats in the OSPAR area. Until management plans are in place and enforced, the full benefits of protection will not be achieved inside these areas, or beyond their boundaries, in the wider marine environment. Oceana is working to improve MPA management, to get rid of marine ‘paper parks’ in the OSPAR area.

Oceana makes use of information gathered during our at-sea expeditions on threatened marine habitats that should be protected by OSPAR, for instance on the Gorringe bank  off the coast of Portugal, or  in Spain’s Canary Islands . Underwater seamounts and canyons are important deep-sea ecosystems and biodiversity hotspots, where many species of fish, molluscs, and marine mammals aggregate to feed, rest or reproduce. Cold-water coral reefs are present along the coasts of the whole area. We also use our findings and data to better define how habitats are classified and included within OSPAR data, thus helping to better inform decision makers. Nevertheless, more efforts are needed to update and expand the OSPAR List of Threatened and/or Declining Species and Habitats , as this list is not up-to-date with scientific knowledge, and does not include some key threatened species in the North-East Atlantic, such as some highly-threatened sharks and rays. Oceana has proposed the addition of two important habitats to the OSPAR List: kelp forests and Haploops communities, which both create complex habitats that support many other species.

Finally, Oceana provides expertise on, and advocates for stronger policies to protect and manage such species and habitats, making sure they reflect ecological needs that will also deliver real conservation benefits. For instance, drawing on our extensive experience working on deep-sea ecosystems, Oceana drafted a recommendation for the protection of seamounts in the North-East Atlantic, which was adopted by OSPAR Contracting Parties and thereby established conservation measures for the roughly 400 seamounts located in the North-East Atlantic.

Oceana is actively involved in OSPAR meetings on marine protected areas and threatened species and habitats, offering both its technical expertise thanks to data gathered at sea, as well as its policy vision and knowledge to encourage ambitious and effective adoption and implementation of policy recommendations by OSPAR.