The Habitats Directive is the EU golden standard for nature conservation, as it lists species and habitats of community interest for the conservation of which Member States must create protected areas. 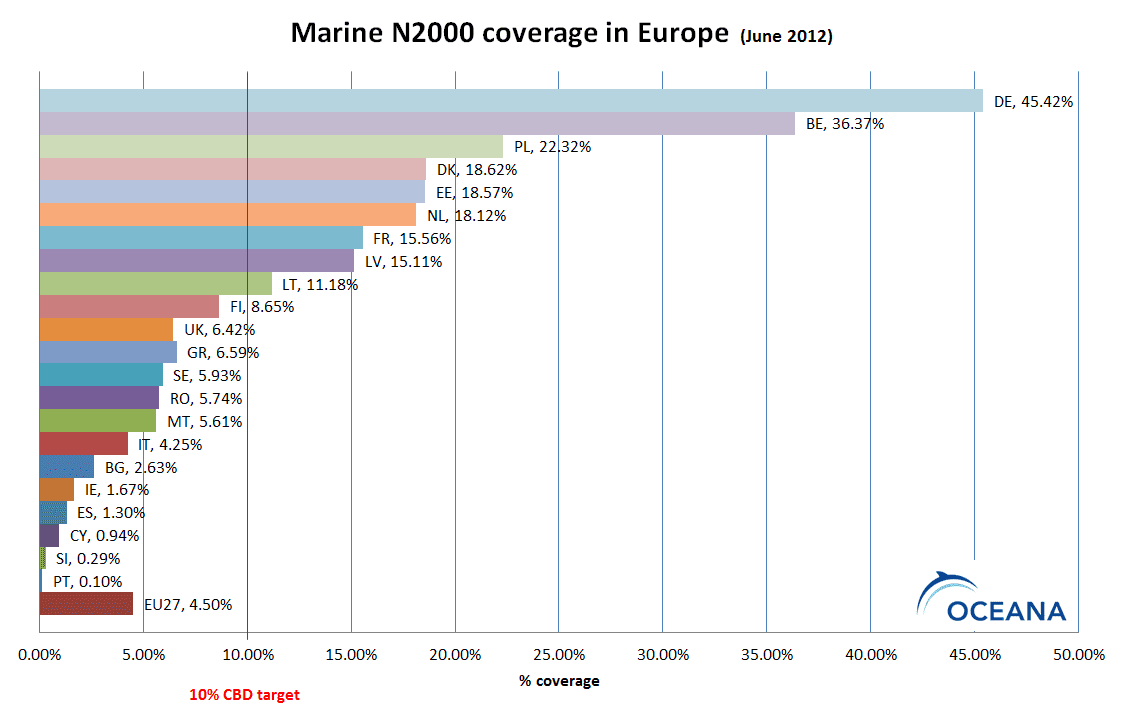 These protected areas constitute the Natura 2000 Network. In the first stage, Member States nominate protection areas, known as Sites of Community Importance (SCIs), which are thus subject to a preventive protection regime. Afterwards, in a maximum period of 6 years, the corresponding management plans must be drawn up and, once they are ready, the SCIs must be declared to be Special Areas of Conservation (SACs). Once SACs are declared, real management of these areas will start through measures designed for conservation of the habitats and species which they shelter.

More specifically, on 21st September 2012, the Mediterranean coastal countries that are members of the EU must have completed the following tasks:

a)      Drafting the management plans for all the SCIs proposed until 2006, published in the first SCI list for the Mediterranean region.

In parallel to this process, the European Commission is currently evaluating, in a number of seminars divided by biogeographic regions, the capacity of the Natura Network as regards the representative nature of the species and habitats present in the protected areas. In the case of the Natura Network for the Mediterranean region, in 2010 the Commission declared, following an exhaustive review performed by experts, that most of the proposals submitted by the countries were “Insufficient”.

20 years after the entry into force of the Habitats Directive, the fact that most countries have not created sufficient protected areas may lead to economic sanctions. The same is the case for management plans and the SAC declaration: the 6-year deadline was over in 2010 for the Atlantic region and in 2012 for the Mediterranean region, and we are now facing a scenario of repeated non-compliance with international conservation objectives, with serious economic and environmental consequences.

Oceana launches expeditions to document the existence of habitats and species requiring protection. With this first-hand information, we make specific conservation proposals which we promote before politicians and social agents so that they can be implemented.

In addition, Oceana is a partner in Spain of the LIFE+ INDEMARES project, whose aim is to document areas of environmental interest so that they can be included in the Natura 2000 network. The organisation has been responsible for studying a sea mount, Seco de los Olivos, in three years of oceanographic campaigns.

Oceana takes active part in the Natura Network monitoring seminars, as well as in European Union forums and events, to promote compliance with the Habitats Directive. In these events, Oceana makes its findings known, as well as other proposals, such as Oceana MedNet, which would contribute to fulfil the obligations established in the directive.