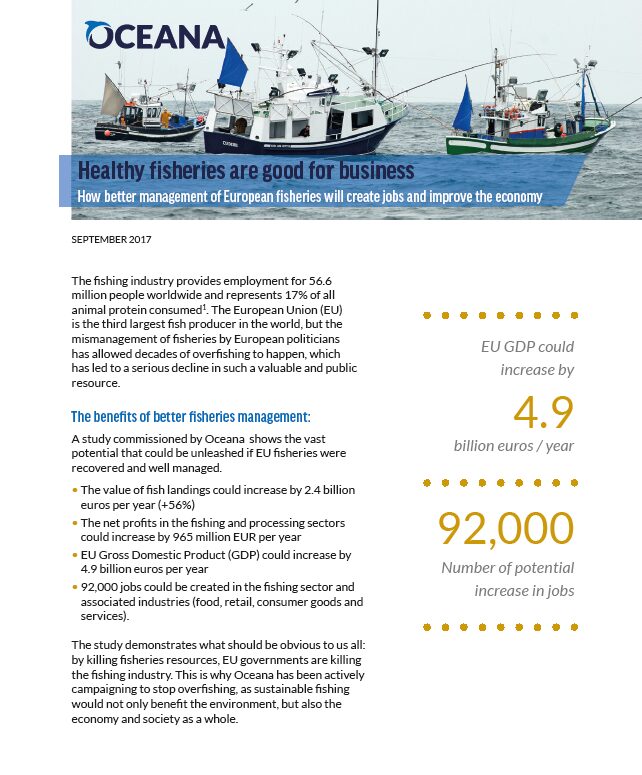 The European Union (EU) is the third largest fish producer in the world, but a mismanagement of fisheries by European politicians has allowed for a serious decline of a valuable and public resource.

Currently 64% of European fish stocks are overfished, with 42% of stocks overexploited in the North East Atlantic and more than 90% of stocks overfished in the Mediterranean. This situation poses a serious threat to the health of the fish stocks, and the social and economic welfare of communities and associated sectors that depend on the fishing activity. The study demonstrates what should be obvious to us all: by killing fisheries resources, EU governments are killing the fishing industry. This is why Oceana has been actively campaigning to stop overfishing, as sustainable fishing would not only benefit the environment, but also the economy and the society as a whole.

More specifically, the study concludes that recovering fisheries, which could happen in less than 10 years, would increase:

Currently, due to overfishing, fish catches are taken from stocks smaller than their potential maximum size. Oceana’s study on the potential productivity of the European fish stocks estimates that if managed sustainably and following science, the catches in EU waters could increase by an additional 2.1 million tonnes a year, a 58% increase. 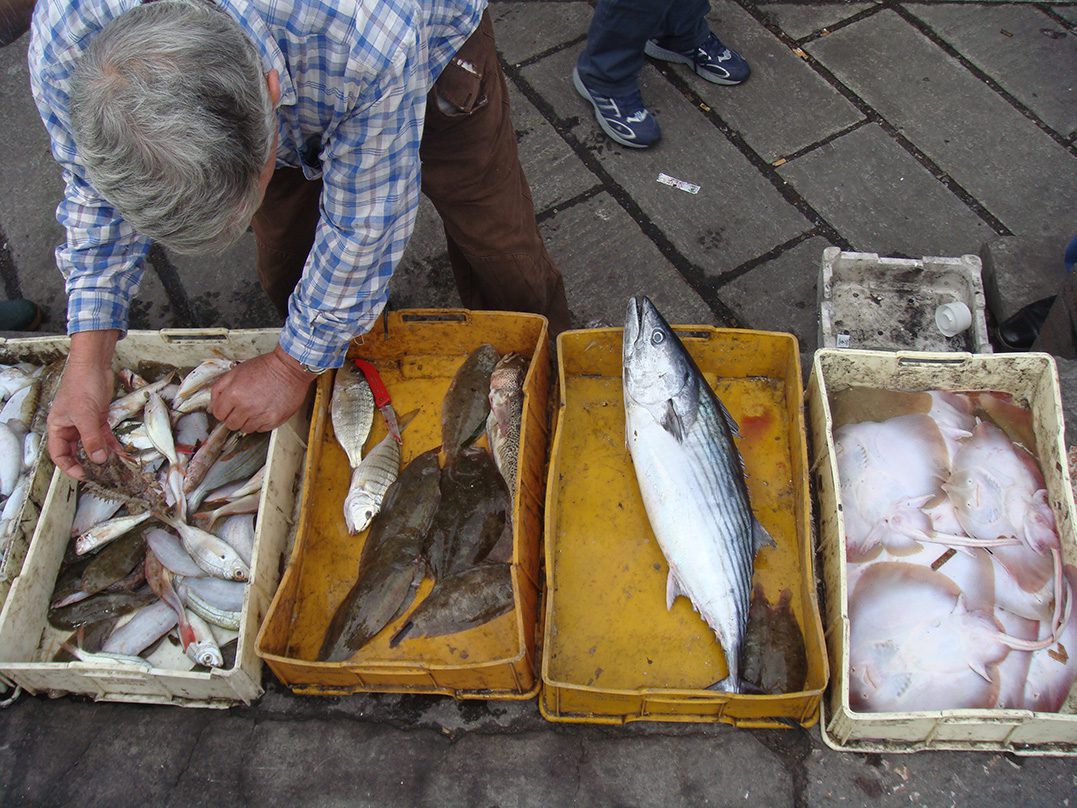 In a recovery scenario, if fish stocks are rebuilt to sustainable levels in less than 10 years, society could benefit from 92.200 new and full-time jobs, distributed as follows:

Remarkably, the largest employment increase due to higher catches would be in the wider economy, where more than 60% of new jobs could be created. For each new fisheries-related job, at least 3 other jobs are created throughout the supply chain.

Public subsidies to the fishing industry currently amount to 935 Million euros per year. The study estimates that in a recovery scenario, minimum 700 million euros from taxpayers’ money could be saved or reinvested.

When EU fish stocks are rebuilt and will deliver their maximum sustainable yield, the EU GDP will increase by 4.9 billion euros. 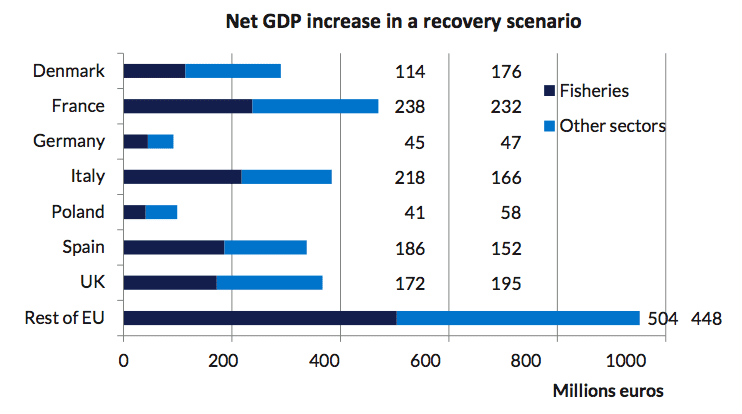