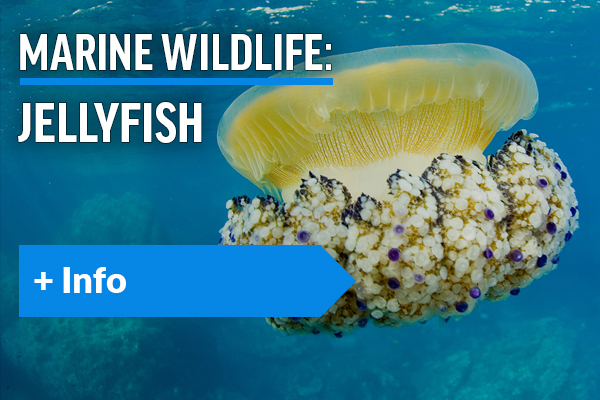 Jellyfish are invertebrates that, together with corals, gorgonians and anemones belong to a group called the cnidarians (knidé = nettle, from the Greek). This animal group has stinging cells which they use both to capture their prey and as a form of defense. These cells contain a capsule with a rolled-up filament and a poison. When a prey animal makes contact with the jellyfish, the capsule opens and the filaments are ejected and stick onto the prey, injecting their poison.

Jellyfish are pelagic animals they live in the open seas from tropical to Artic waters and, although they can propel themselves with rhythmic motions of their umbrella, they are basically at the mercy of the currents of the sea.

Because their body is 95% water, they are perfectly camouflaged. The body of a jellyfish exhibits radial symmetry and is divided into three main parts: the umbrella, the oral arms (around the mouth) and the stinging tentacles. They have an internal cavity, in which digestion is carried out. This cavity has a single aperture which functions both the mouth and the anus.

Jellyfish are carnivores and can increase in size rapidly and procreate in large numbers when food is abundant. However, if food is scarce, they can become smaller. These animals, of a gelatinous consistency, have a very unsophisticated anatomy which is nevertheless very effective. They feed mainly on zooplankton, small crustaceans, and in some cases, small fish and other jellyfish also form part of their diet. It is a strange sight to see the jellyfish’s latest prey inside its body before it is digested.

In order to reproduce, males and female jellyfish release sperm and eggs into the water (sexual reproduction). After fertilization, they develop larvae which give rise to new jellyfish or polyps that settle on the sea floor. From these polyps, by means of asexual reproduction, new free-living jellyfish may develop.

The tentacles, with their stinging cells, serve as defense and as a powerful weapon for capturing prey. When they come into contact with their victims, the nematocysts (cells loaded with poison) present in the tentacles release their harpoons or filaments and release a toxic substance that paralyses the prey. The oral arms help in the capture and ingestion of the captured animal.

Among the predators of the jellyfish, the following have been identified: ocean sunfish, grey triggerfish, turtles (especially the leatherback sea turtle), some seabirds (such as the fulmars), the whale shark, some crabs (such as the arrow and hermit crabs), some whales (such as the humpbacks).

Some other cnidarians such as anemones, certain nudibranches (small molluscs without shells) also feed on jellyfish. Some of these may even take over their stinging cells to use in their own defense. 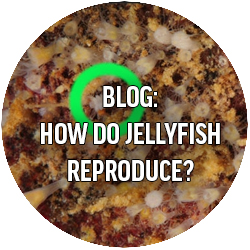 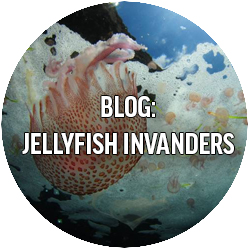 Jellyfish are classified in the Animal Kingdom within the Phylum of the Cnidarians that belongs to the sub-Kingdom of Metazoans (organisms with tissues, organs and systems of organs with radial symmetry such as the jellyfish, anemones hydra and corals).

Within Cnidarians, it is possible to differentiate four large groups, each with its own characteristics. 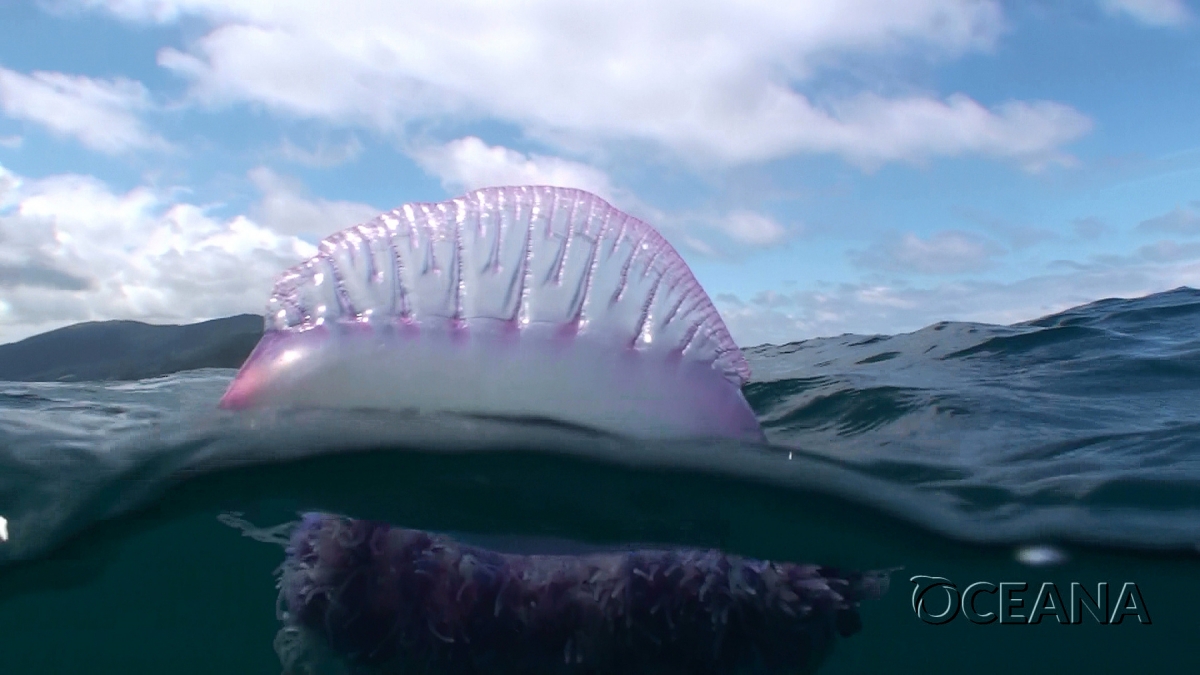 They show the phases of polyp and jellyfish alternately. They are generally small and they can be colonial or solitary. The siphonophores are included in this class. They are floating colonies of polyp individuals and jellyfish with great and abundant poisonous cells for self-defense which, in certain cases, can be lethal to humans. The siphonophores form complex colonies of individuals specializing in different functions; some serve as the flotation organ, others for nutrition, defense or for feeling. Among the best-known species of siphonophores, are the by-the-wind sailor (Velella spirans) or the Portuguese man of war (Physalia physalis), which can produce painful burns for bathers, and even heart failure. 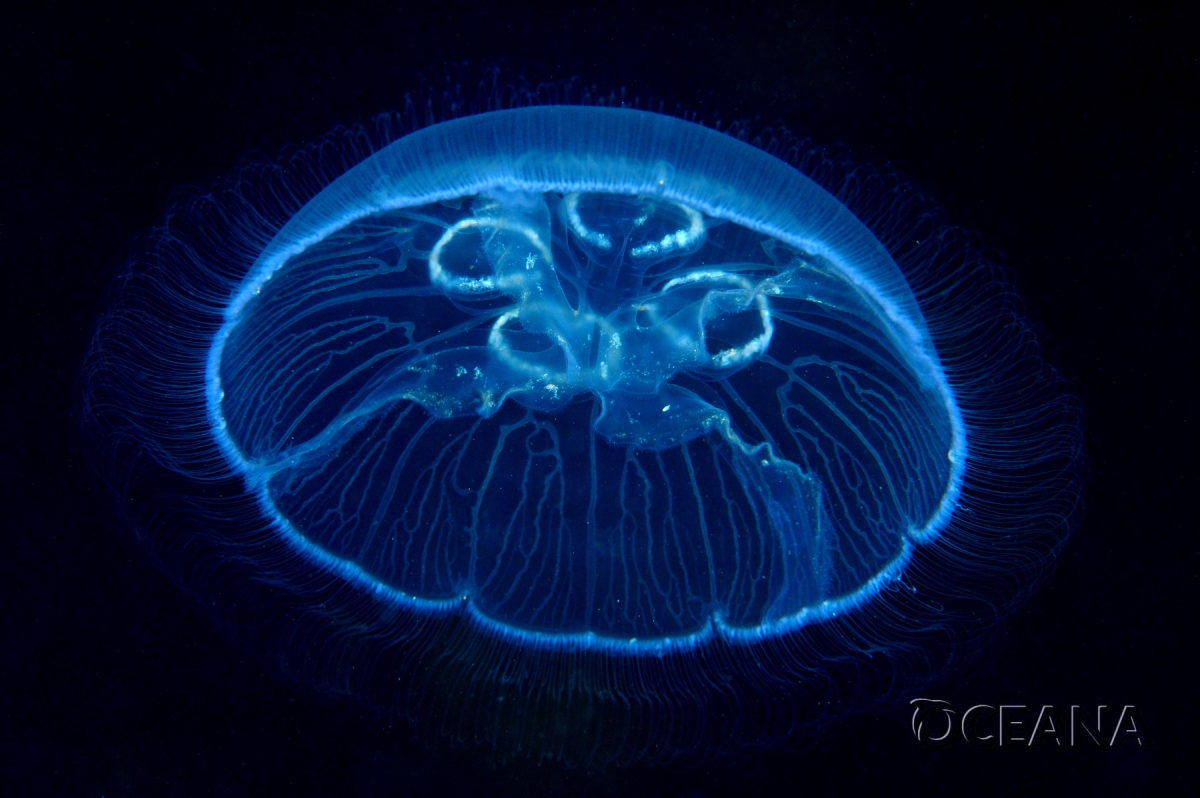 This is the group of those known as true jellyfish. They are the great marine jellyfish, normally with a very short or even non-existent polyp phase. Examples belonging to this group include the moon jelly (Aurelia aurita) which is very common in the Mediterranean, the Rhizostoma pulmo which inhabits the Mediterranean and the Atlantic or the fried egg jellyfish (Cotylorhiza tuberculata). Some species are luminescent, such as the purple jellyfish or mauve stinger (Pelagia noctiluca), which can be really striking on a night-time dive. Its eight stinging tentacles can reach a diameter of ten meters when spread out. 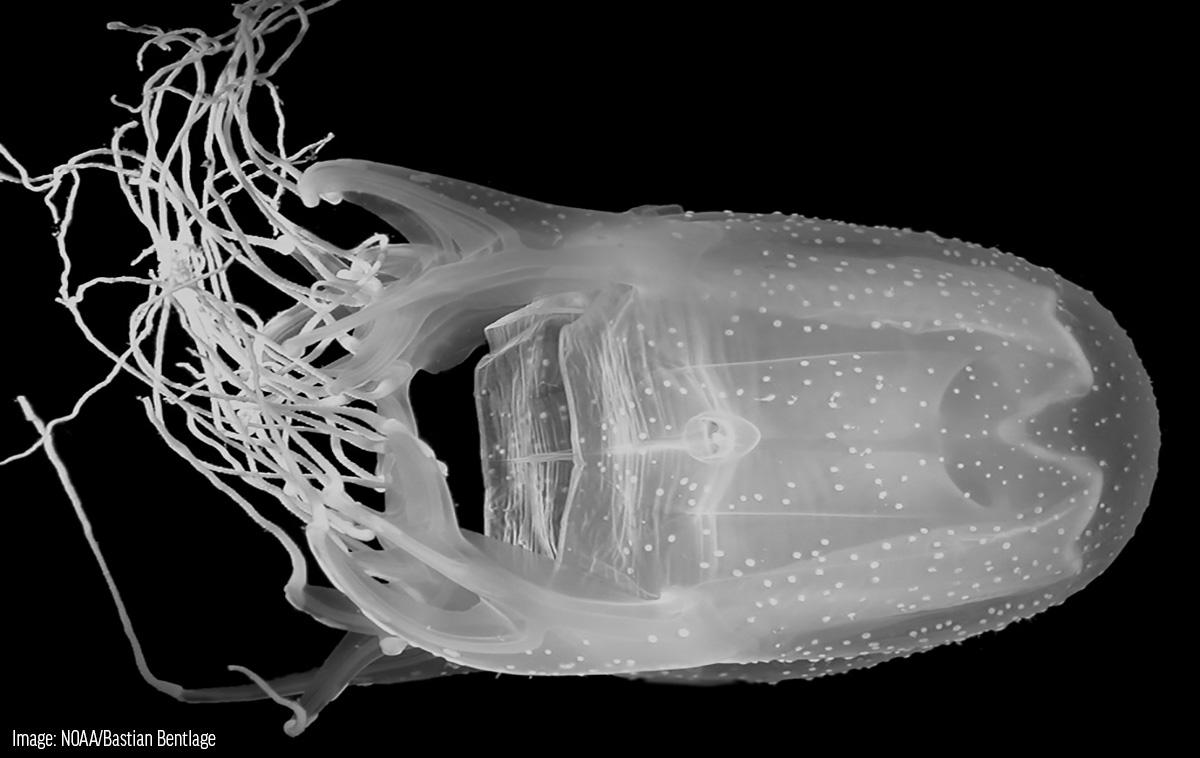 A class with few representatives that some authors group together with the esciphozoa. They inhabit the waters of tropical and sub-tropical seas. These are the so-called box jellyfish or sea wasps. They have their umbrella in the form of a cube, with four sides. They have a powerful sting and they may be deadly to humans within just a few minutes no antidote is administered. 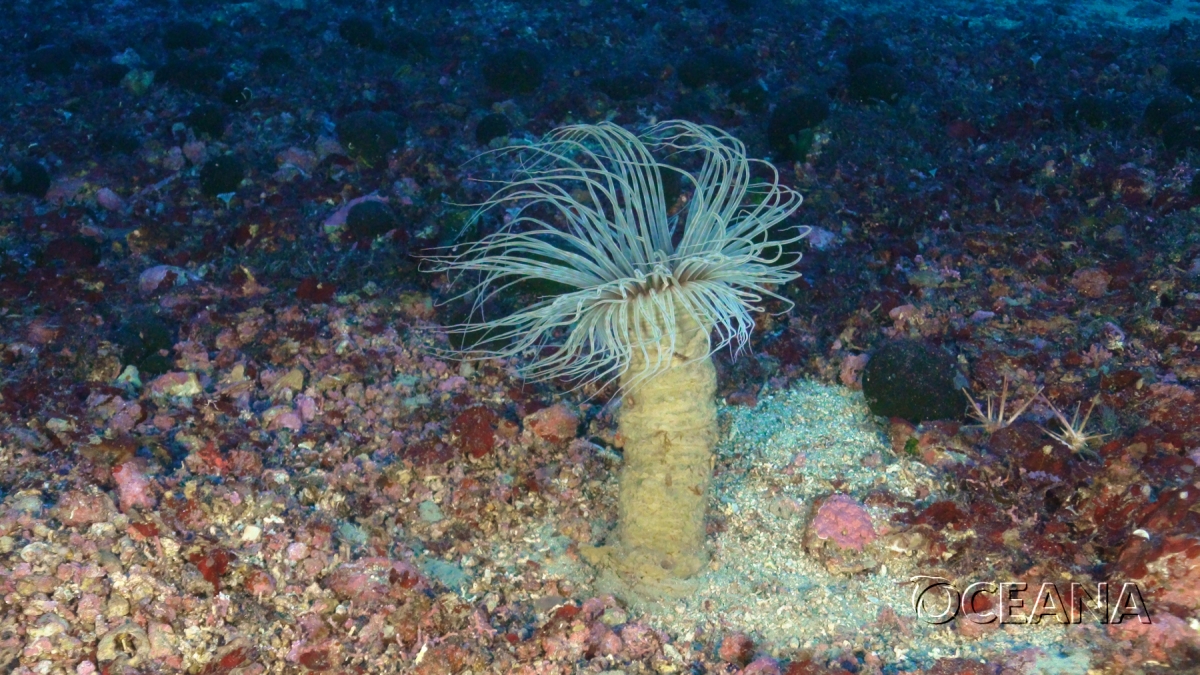 All the representatives of this class are polyps, which never adopt the jellyfish stage. It includes corals, madreporas, actinias and sea anemones. Some individuals live in isolation, such as the beadlet anemone (Actinia equina), some anemones and the colour tube anemone, (Cerianthus membranaceus). Others within this group form colonies like corals or red gorgonians (Paramuricea sp.) 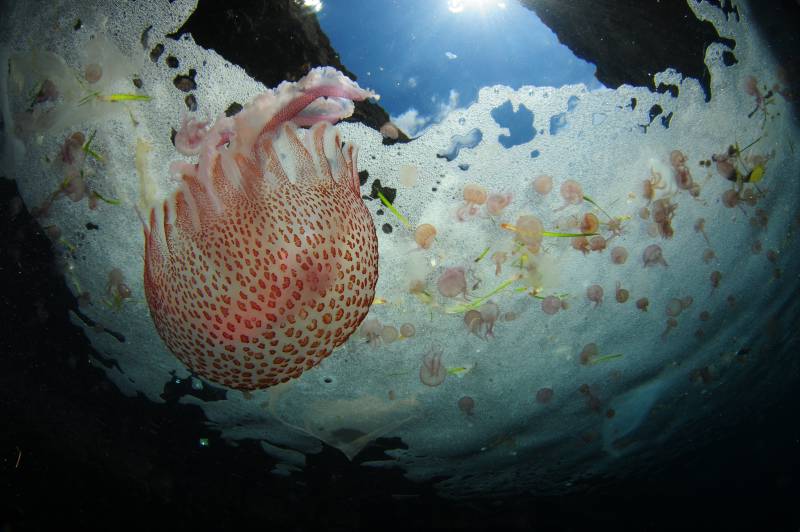 Scientists do not know the ultimate cause of jellyfish blooms. The increase in the temperature of the water due to climatic change, the reduction in the number of predators due to over-fishing and the increase in nutrients due to contamination of the coasts may be some of the reasons.

However, it should be noted that the superabundance of jellyfish does not happen by chance but rather it is a symptom of the fact that the characteristics of the water have changed due to variations in the oceanographic parameters (temperature, salinity).

The causes of the existence of great masses of jellyfish are not local, as has been verified by researchers from the Mediterranean Institute of Advanced Studies (IMEDEA, CSIC-UIB), but rather it is a result of effects of the currents.

Jellyfish normally live between 20 and 40 miles from the coast, where the water is more salty and hotter than by the coast. Coastal waters, which are colder and less saline, act as a barrier to jellyfish. However, when the water supplied by rivers (rainwater) to the coast is limited due to drought, the salinity of the coastal waters becomes equal to that of the waters further from the coast.

Another aspect to bear in mind is the influence of over-fishing as certain types of fishing incidentally catch the predators of jellyfish: like the loggerhead sea turtle. 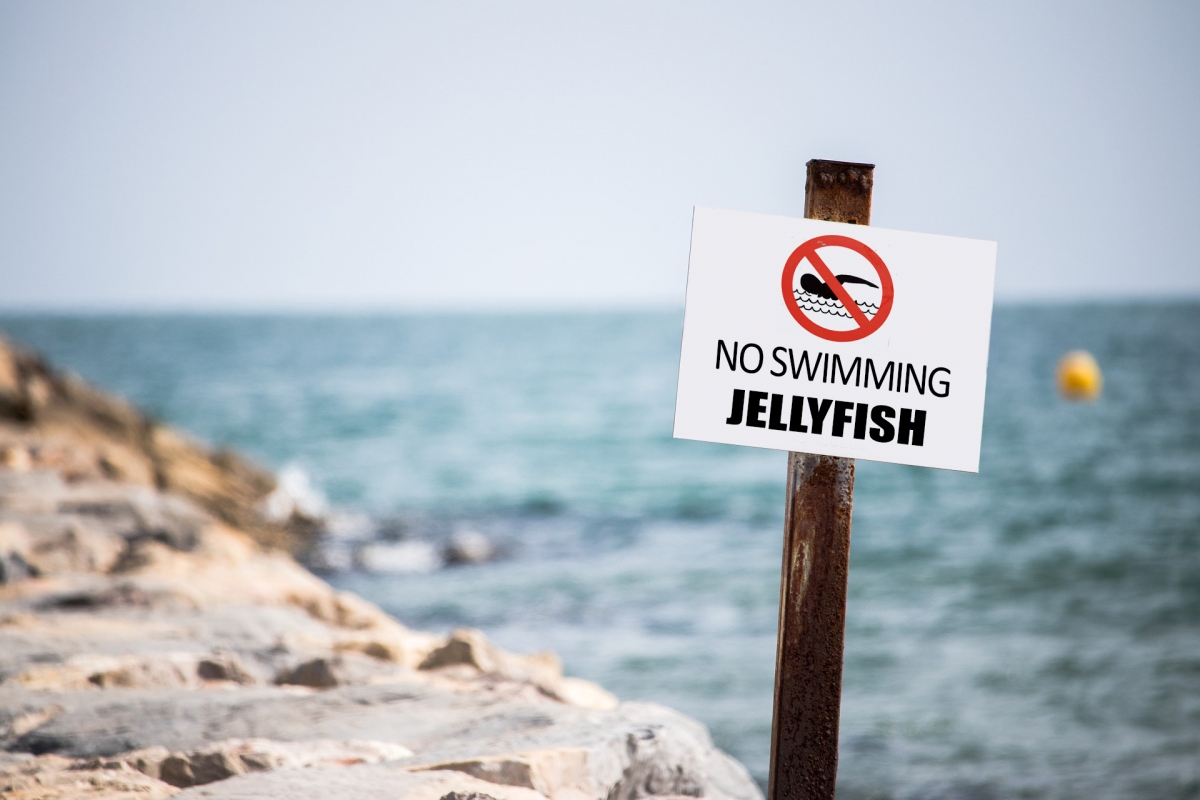 The following recommendations have been provided by the researchers of the Mediterranean Centre for Marine and Environmental Research (CMIMA-CSIC), Josep-María Gili and Francesc Pages.

Donate Here
We use cookies to ensure that we give you the best experience on our website. If you continue to use this site we will assume that you are happy with it.OkNoPrivacy policy